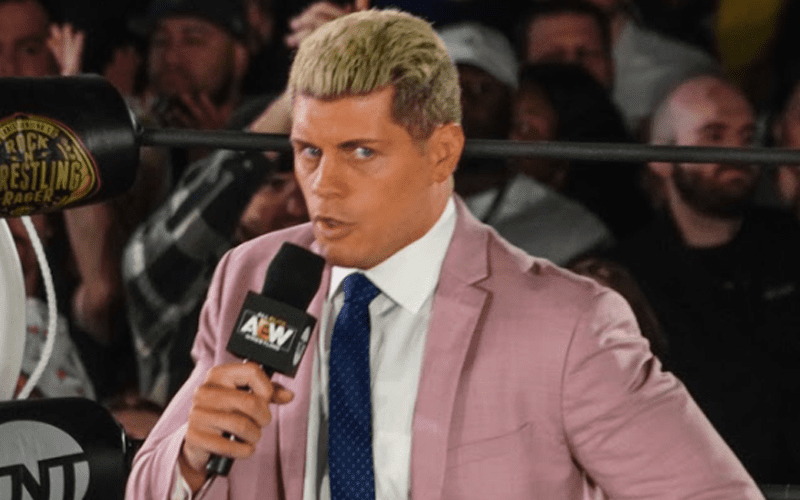 Cody Rhodes and the rest of AEW’s staff and roster are working hard every week to grow their brand. They are establishing themselves in the pro wrestling landscape, but their women’s division has taken a fair amount of criticisms.

During a recent teleconference, Cody Rhodes spoke about AEW’s women’s division. He addressed the critics and praised some of the stars they have on the roster.

In the end, it will take time to grow the division. They are doing their best and Cody hopes that fans can see that each week.

“The women’s division is growing. I actually would say when you hear the criticisms—you hear the good things about your show, things people don’t like and you’ve got to keep your ears open. You can’t be close-minded to it. One thing that is going to take time is the women’s division in particular. It’s a merit-based show. It’s a merit-based wrestling show and the best wrestlers are going to wrestle on that show. I think we have some of the best wrestlers and some of the best women’s wrestlers. I’d really like to see Big Swole emerge.”

“Britt Baker is on absolute fire. Nyla Rose becoming the second AEW Women’s World Champion, an amazing moment and maybe the best match on the best show we’ve done all year. That speaks to the talent level of Nyla and Riho and that international involvement that will always be there as far as bringing in the Joshi talent.”

“I think it’s something that—be patient with AEW because we’re actively doing everything we can to grow the division, to cultivate the division and make it a very, very strong women’s division. It’s a special thing right now in wrestling in how popular women’s wrestling has become.”

“I think some people, certain people are out to get ‘woke points’ with women’s wrestling when in actuality women’s wrestling does incredibly well in the minute-by-minute, with merch and ticket sales, so we genuinely want to make this a big part of our brand. Hopefully, more of that in 2020 and into 2021 as we go forward.”

AEW is only getting started and they have a lot more time to evolve their show. WarnerMedia giving them a new multi-year deal should also instill some confidence in fans that there is plenty of room go grow as the continue moving forward.