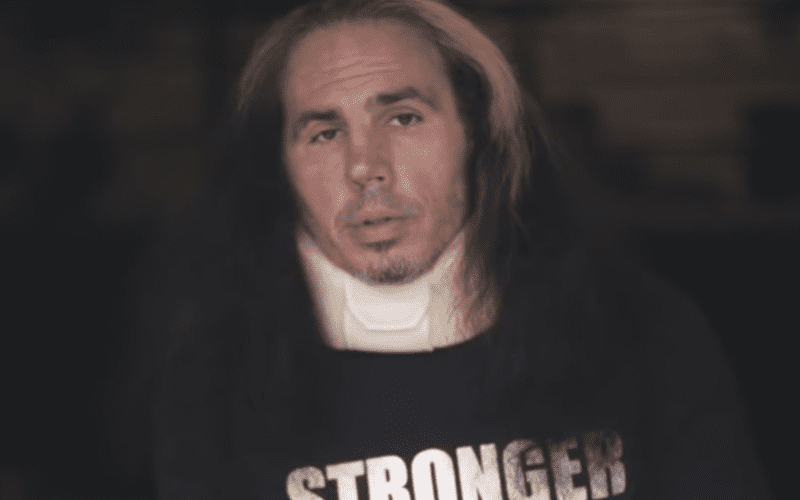 Matt Hardy might be on his way out of WWE soon enough. His WWE contract is up on March 1st. It doesn’t appear that he will be signing a new deal.

Randy Orton’s destruction of Hardy’s head on the steel ring steps seems to have written Hardy off television. He tweeted out a thank you to his fans. Hardy will be going through a “period of change.” He has also never felt so supported while doing so.

I’m sincerely grateful for all of the incredibly loyal pro wrestling fans that I have. I’m going through a period of change, but I’ve never felt more supported – I promise to work hard, listen to my audience & do whatever it takes to bring you the greatest enjoyment I can.

Plenty of fans would bet money that Matt Hardy will be revealed as the Exalted One in the Dark Order. He could debut for AEW in any number of roles, or he might not end up with the Elite at all.

Hardy is set for life, but his career is far from over.