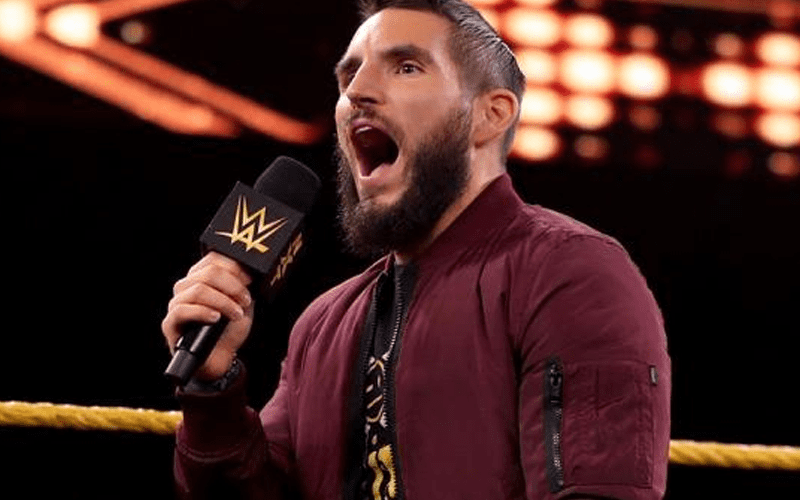 WWE has five active brands right now, but Johnny Gargano obviously has his favorite. If you ask him, NXT is better than RAW and SmackDown.

TMZ recently caught up with Johnny TakeOver. They asked him if he had anything to say and he just plugged NXT hardcore while using TMZ’s platform.

“I will say as the face of NXT, as the heart and soul of NXT, as quite possibly the greatest performer of our generation, I will say to watch USA Network every Wednesday at 8 PM you’re not gonna wanna miss it.”

Then when he was asked about NXT being viewed as the minor leagues, Gargano wasn’t too happy about it. He was quick to jump on this topic to squash this perception.

“That’s BS. That’s BS. It’s complete garbage. It’s something that myself and a lot of guys have worked to dispel for a very, very long time. So, anyone out there that uses the words ‘main roster’ when talking about RAW and SmackDown, how about you watch the show on Wednesday night?! You’ll see the real main roster. You’ll see the best wrestling show on the planet. You will see the best locker room on the planet led by me. So, ‘main roster’ and ‘developmental’ — you’re stupid if you use those words! You’re stupid! Quit it!

That was quite a little promo that Johnny Gargano cut on anyone who says “main roster.” Triple H made a comment about stopping the usage of the phrase, but it has continued within the IWC. Now we know what Johnny Gargano thinks of those people.