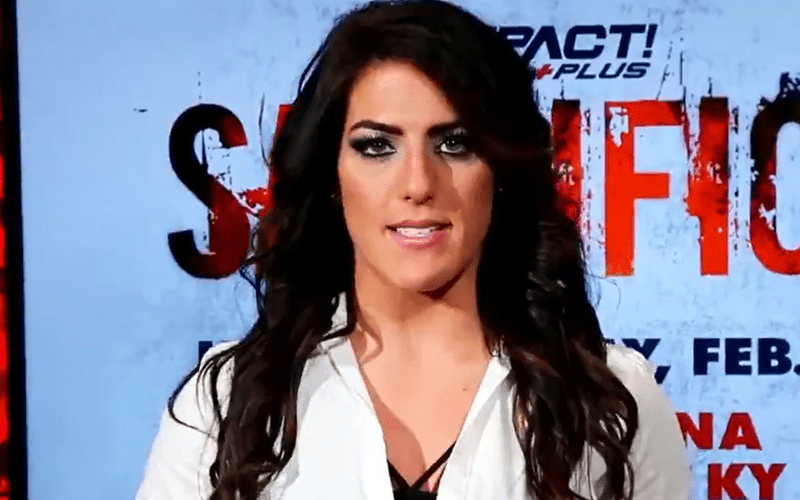 Tessa Blanchard picked up the Impact Wrestling World Title at Hard To Kill. She will follow that big win with a champion vs champion match at Sacrifice on February 22nd.

Blanchard cut a promo on Austin Ace who she faces at Sacrifice. The Impact X Division Champion will take on the Impact World Champion, but no title will be on the line. That won’t cool Tessa Blanchard’s intensity as she cut a very serious promo.

“I’ve heard Ace Austin run his mouth. He likes to play games. He likes to try and get under my skin, but Ace doesn’t have to play those games with me. I may be hard to kill, but I’m not hard to find. This Saturday you’ll find me at Sacrifice.”

Impact Wrestling is continuing Tessa Blanchard’s historic title run with a match that should be an intense contest. Neither participant runs the risk of losing their title on Saturday, but so much more seems to be at stake.