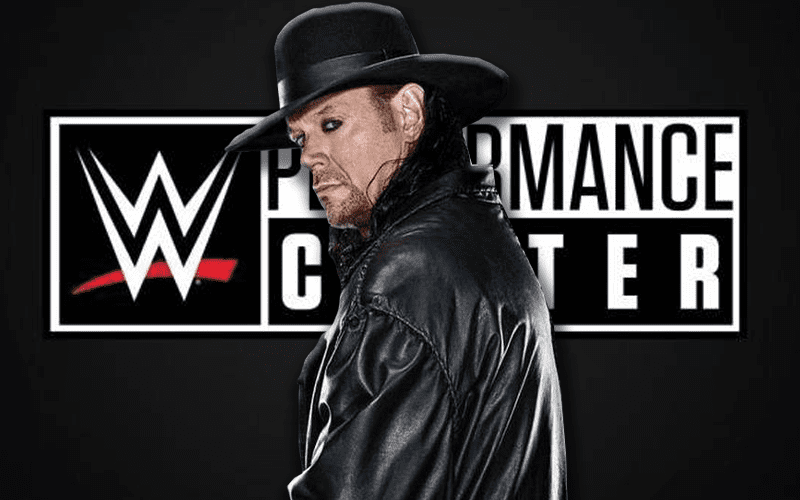 WrestleMania is coming up and The Undertaker is in line to have a big match. We haven’t seen The Dead Man wrestle since Extreme Rules last year, but he knows just where to go if he needs to get that ring rust off.

The Undertaker is in line to face AJ Styles at the show of shows. No official announcement has been made yet, but the match has been confirmed several times. AJ Styles also used some verbiage in his promo this week on RAW that could point toward a future conflict with The Undertaker.

Fightful Select reports that The Undertaker was spotted at the WWE performance center “at least as of last week.” He could very well be preparing for his upcoming WrestleMania match in Tampa.

At least as of last week, The Undertaker was at the WWE Performance Center. Mark Henry was also there, which isn’t a surprise considering he contributed to the Lee vs. Dijakovic vignette that aired.

Mark Henry being a the WWE Performance Center makes sense for the reason stated above. The Undertaker was at the WWE PC a short time ago to give a talk and see the facility.