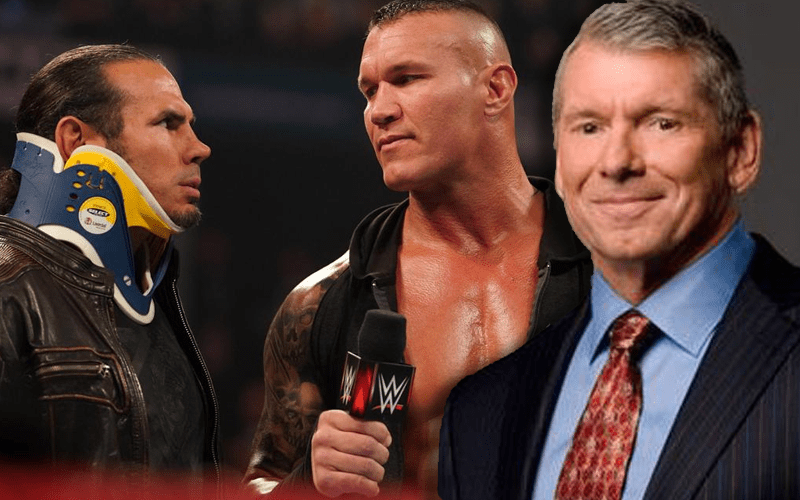 WWE had a successful episode of Monday Night Raw this week. Vince McMahon still changed things around in a big way.

Click here for our complete WWE Monday Night Raw coverage from this week.

Fightful Select reports that this week’s episode of WWE Raw was actually going to be much different. The first draft of the show had a much different segment for Randy Orton and Matt Hardy.

It was noted that the plan going into the show was a multi-segment match between Orton and Hardy. A no-holds barred match had been advertised for days prior to Monday. Then Vince McMahon changed the plan to what ended up happening.

The two had a match announced last week, which was changed the day of Raw. Going into Monday the plan had been a multi-segment match between the two before Vince McMahon called for a change.

It wasn’t noted why Vince McMahon made this big change to the Raw script. Matt Hardy ended up having his character absolutely murdered instead of actually wrestling any kind of a match.