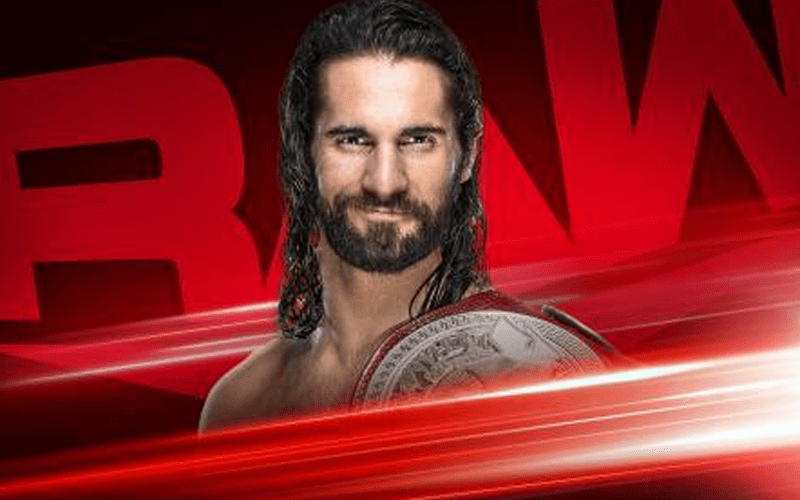 Tonight’s WWE Raw will feature a huge No Holds Barred match between Randy Orton and Matt Hardy. Last week Orton attacked Matt and this week the veteran looks for revenge. There is a strong chance this is Matt’s last WWE match though, because his contract is up in less than two weeks! If it is, let’s hope it’s a barn burner.

Elsewhere tonight, Rusev will team with Humberto Carrillo to face Angel Garza and Bobby Lashley. This seems like a weirdly thrown-together match but perhaps it would be less painful than splitting it into two separate segments.

Beyond those two matches, we know Becky Lynch will talk about Shayna Baszler’s heinous attack last week, meanwhile Seth Rollins will deliver a sermon of sorts. And that’s about all we know for this week’s Raw. We’ll have live results here from 8 PM EST, and don’t forget to follow us on Instagram and Twitter. Enjoy the show!

Monday Night Raw from Washington opens with The Viper, Randy Orton coming to the ring.

♦️ @BeckyLynchWWE BITES BACK at @QoSBaszler

Orton points to the Titantron and we see a replay of last Monday, when he was interrupted by Matt Hardy, whom he then battered. We’re back live and the fans are booing loudly. Orton says he’s supposed to face Matt Hardy in a No Holds Barred match tonight, but after what happened last week that isn’t going to happen. He says he understands Matt is in the back trying to get medically cleared but it’s no happening. Orton says The Hardy’s are known for climbing to the highest of highs and crashing to the lowest lows. But even so, if he faces him tonight…

Matt comes out wearing a neck brace and tells Orton to stop talking about him and address why he attacked Edge. Hardy says Orton didn’t like when he pressed him on that issue last week, so he wanted to make him feel the same way Edge felt. Hardy says he wants to fight Randy but the doctor’s won’t let him. But just like Edge, he has grit. Matt Hardy will not die. And he can promise Randy this; he doesn’t know what the future holds, but it damn sure won’t be determined by Randy Orton.

Randy says he should have said goodbye last week when he could have left on his own two feet. Matt gets into the ring and Orton asks him what he’s going to do. Orton says he’s a sitting duck, there’s nothing he could do if he wanted to RKO him. Orton says Matt has balls but nobody will ever understand why he did what he did. He says he respects Matt from the bottom of his heart, and Edge, he loves him like a brother. Orton says he is sorry, truly sorry, then drops the mic and leaves the ring.

Orton walks up the ramp but stops on the stage and takes his vest off. He turns around and Matt grabs a chair from ringside. Orton stalks his way back down to the ring and slowly pulls himself up on the apron, while Matt stands a few feet away with the chair. Matt swings and Orton ducks it, then yanks him down on the top rope by the neck. Orton slides into the ring and watched Matt struggle to his feet, before hitting an RKO.

Orton lifts the chair and beats Matt with it repeatedly, including digging the edge into his ribs. He then grabs a second chair from the timekeeper’s area and takes it into the ring. He puts Matt’s head on one of the chairs, removes his neck brace, then lifts the chair but stops. He looks around at the fans as they chant yes, then throws the chair down and leaves the ring. However he’s not done.

Orton runs around and drags Matt from the ring. “Randy’s gonna kill you” chant picks up. Orton removes the top half from the steel steps and drags Matt onto the bottom half and talks to him. Orton grabs the chair and hits a Con-Chair-To on the steps! Randy sits on the chair for a minute, before throwing it away, while referees check on Hardy. He comes back once more and hits another Con-Chair-To, then shouts that he’s sorry at Matt.

What has @RandyOrton done?! pic.twitter.com/73tDU6FgEU

We see a lnghty replay of Orton’s attack on Matt Hardy.

Erick Rowan makes his entrance, bird box in hand, followed by his opponent, Aleister Black. This is a rather exciting match-up!

The bell rings and Black hits Rowan with a running knee. Rowan tosses him to the apron, then Black pulls the rope down to send Erick to the floor. Black dodges a swipe from Rowan and attempts a moonsault from the apron but nobody’s home. Rowan wipes out black with a flying crossbody on the floor as we head to the break.

Back live and Black is just laying hands into Rowan. The big man sends Black into the ropes and throws him up in the air for a powerslam and a two-count. Rowan delivers two elbow drops, then throws Black to the corner and beats him down.

Rowan slides from the ring and whips Black into the barricade, then drops him on it leg-first so Black flips backwards onto the floor. Rowan lifts Black in a powerbomb position but Aleister reverses with a hurricanrana into the ring post! Black slides into the ring to break the referee’s count, then hits a moonsault from the apron to the floor.

He don’t care about it looking pretty.

He don’t care about it looking pretty.@ERICKROWAN just does DAMAGE! #Raw pic.twitter.com/78yHAFO352

Black gets Rowan in the ring and delivers a series of kicks, followed by a switch knee for a two-count. Black swings for Black Mass but Rowan grabbed it! Rowan swings him around and looks for the Iron Claw Chokeslam but Black swipes him away. Black delivers a few shots but Rowan shoves him back and connects with a big boot. Rowan lands a jackknife powerbomb for a near-fall.

Rowan attempts the Iron Claw again but Black lands on his feet and hits Black Mass! Rowan fell onto the ropes and stumbles around the ring. Black screams and hits another for the win!

Charlotte Flair will be live on Raw after the break to explain her decision to face Rhea Ripley at WrestleMania.

Charlotte Flair comes to the ring and says last night she was in Portland for NXT TakeOver. We then see footage of Flair’s attack on Rhea Ripley following her win over Bianca Belair. The fans start chanting NXT and she asks if we want to know why they chant that? She says “that’s what I thought” when there’s silence.

Charlotte says Rhea Ripley confronted her, then last night she went to watch her compete and she was impressed. She says that got her thinking back on her time in NXT; training in a warehouse and fighting tooth and nail to make NXT the third brand of WWE. And what irritates her is the entitlement that the current NXT roster has.

Flair says that’s the current women in NXT do not know the struggle the likes of her went through, scratching and clawing to get respect. And now Ripley holds the title that put her on the map and she has the audacity to challenge her. She says Rhea is good, very very good but there’s an old saying: “pride cometh before the fall.” And at WrestleMania she will humble Rhea Ripley. Flair finishes by saying you’re always the next big thing…until you’re not. Wooooo!