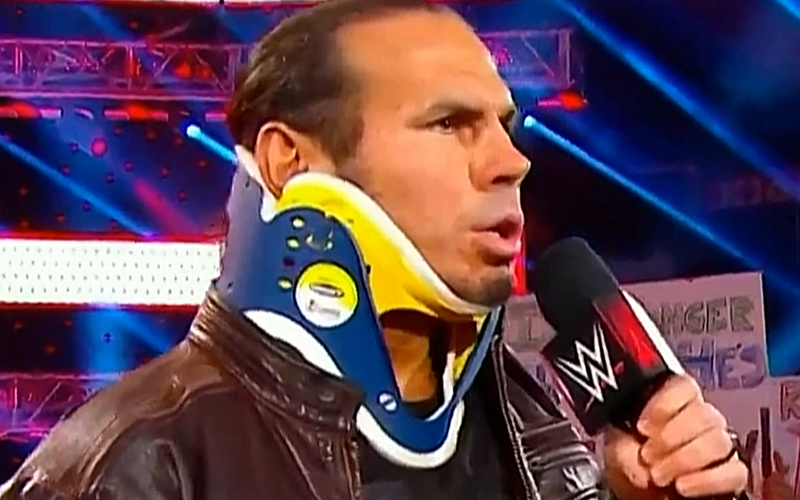 Matt Hardy was seemingly killed off during WWE RAW this week. Matt Hardy’s WWE exit could mean well be seeing him in another company soon enough.

During Wrestling Observer Radio, it was noted that last night’s segment with Randy Orton was it for Matt Hardy. RKO nailed Hardy with 10 chair shots and two conchairtos on the ring steps. At this point, it appears that Matt Hardy has been officially written off as of right now.

“Unless they change their mind that is it for Matt Hardy in WWE. For real as of an hour ago, yes.”

Reby Hardy didn’t seem too happy about this angle. She is probably going to be very pleased once Matt Hardy is no longer with WWE.

It was noted by Meltzer that “I don’t expect a match I think that was pretty much it.” He said that Matt Hardy’s deal is up on March 1st. He’s also not slated to go to Saudi Arabia.

“I was told that this is the end for sure.”

It was noted that “it makes no sense” to bring Matt Hardy back to television after his tragic ending at the hands of Randy Orton.