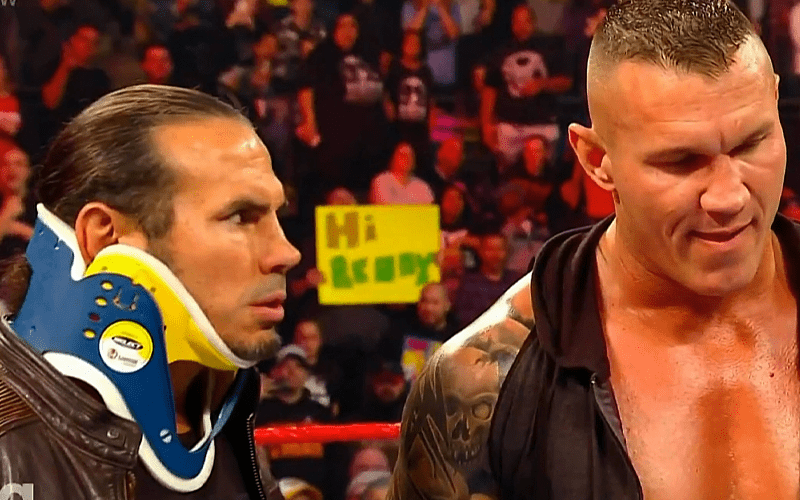 Matt Hardy showed up on WWE Raw this week. Then he was demolished by Randy Orton. Reby Hardy, Matt’s wife was watching closely.

After Randy Orton hit each punishing move on Matt Hardy, the crowd chanted: “One more time.” Reby Hardy sent out a tweet right after the segment wondering if it was cold in the arena.

Is it cold in the arena or

WWE fans can sometimes be a bit bloodthirsty. We’ll have to see if Matt Hardy appears again for WWE by the time his contract runs up on March 1st.

Some people have interpreted this tweet to be a comment on the cold-hearted crowd. Others took it to question why Matt Hardy was wearing a jacket. Odds are it was to help soften the blow of those chair shots.