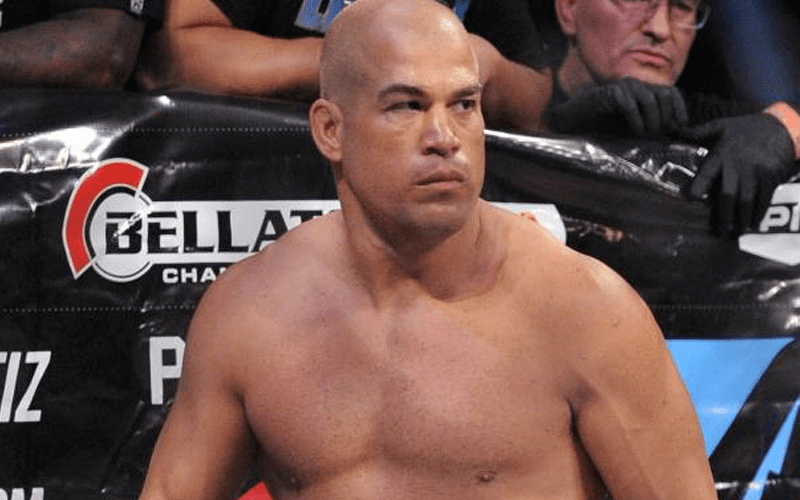 WWE is always looking for a big name that they can bring into the company. Tito Ortiz is a UFC Hall Of Famer who could bring a bit of attention to what he’s doing in pro wrestling.

We previously reported that Tito Ortiz was at the WWE Performance Center last week. This is a very interesting situation, but it’s only in the very early stages.

PW Insider reports that Ortiz was visiting the WWE PC merely to “feel them out.” It is said that they might be able to work with each other down the road. It is possible, but no serious overtures were reported.

Ortiz’s visit was something of an introductory meeting spread out over several days so Ortiz, a lifelong pro wrestling fan, and WWE could feel each other out and see if the two sides might be able to work together down the line.

It was said that Tito Ortiz was at the Performance Center to “familiarize himself” with “the WWE system.” This could become something, but right now Tito Ortiz was just visiting.