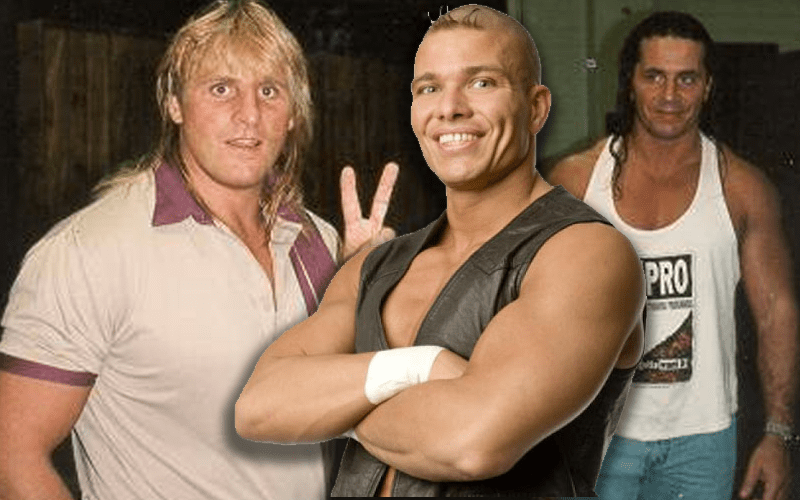 Tyson Kidd grew up watching the Hart Family wrestle. He would eventually become part of the clan and live with Stu Hart and Davey Boy Smith while training in the legendary Hart Family Dungeon.

While appearing on WWE The Bump, Tyson Kidd discussed what it was like growing up in that environment within the pro wrestling world. He called the surreal experience “insane” as he got close to those he once looked up to.

“I was really insane. Like I said, I was a little bit on the outside, but at about 10-years-old I started getting snowballed in with the [Hart] family and the next thing you know I’m living with them. I lived with Davey Boy and I lived at Stu’s at the Hart house so I could go to the dungeon any time I wanted.”

“So it was insane when I think back at being a little boy and watching WWE and watching them wrestling on TV and all of a sudden I’m around them. Not like Bret and Owens were my peers, but I got to spend a lot of good quality time with them.”

Tyson Kidd’s career was cut short after taking a Muscle Buster from Samoa Joe. He is still with WWE as a backstage producer. Now he is able to share his wisdom and pro wrestling knowledge as part of his job after a lifetime of experience learning from the best.