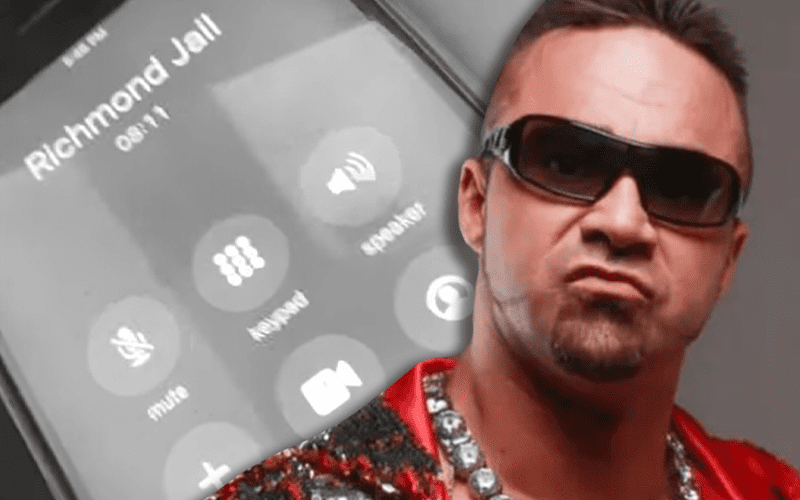 Teddy Hart was arrested on a number of drug charges. He is currently incarcerated in Virginia, but he’s getting phone time.

A recent video uploaded to YouTube features a cell phone conversation with Teddy Hart. He started things out by thanking his friends and Maria Manic for being “the most loyal person on the planet.”

While on the road, he went out to get some marijuana and then a police officer approached him about a problem with his license plate. Teddy Hart said he told the cop that it was taken care of. The police officer didn’t care and he insisted on searching the car and impounding the car because the name on the plates didn’t match Teddy’s name.

He said that when they searched the car, steroids and weed were found so he’s sitting in jail. The car was later found to belong to Teddy Hart’s company so it will be returned.

Teddy Hart said he loves his fans and Maria and he asked fans to stick with him. This is a very tough situation, but Teddy Hart hopes that everyone will stick by him. He’s praying every day that he can “make it out of this situation alive and get back in the ring and make people happy.”

This is a rather long video which you can see below. He hopes to make it out and get back to the ring. Hopefully, this situation can be resolved.