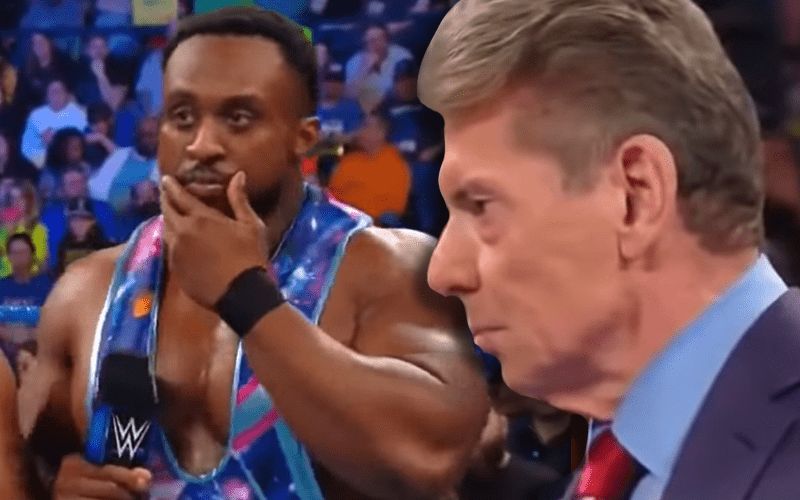 Vince McMahon has a way with words. Practically everything said on WWE television is scripted so words matter. This why it was so interesting that Vince McMahon called Big E and Xavier Woods “young bucks” on the way to WrestleMania last year.

During The New Day: Feel The Power, Big E brought up how Vince McMahon called them “young bucks.” He took it literally and made it about his age, but you have to know that the deeper meaning was implied.

“He talked about how we rode [Kofi’s] coattails and how we’re ‘the young bucks’ and I was like I’m in my mid-30’s. I’m not that young, but thank you.”

This time last year fans had hopes for AEW, but they were unsure what would come of the company. AEW hadn’t even held their first event yet. WWE tried really hard to sign the Young Bucks as well. All of these things made the fact that Vince McMahon called them young bucks so much more interesting.