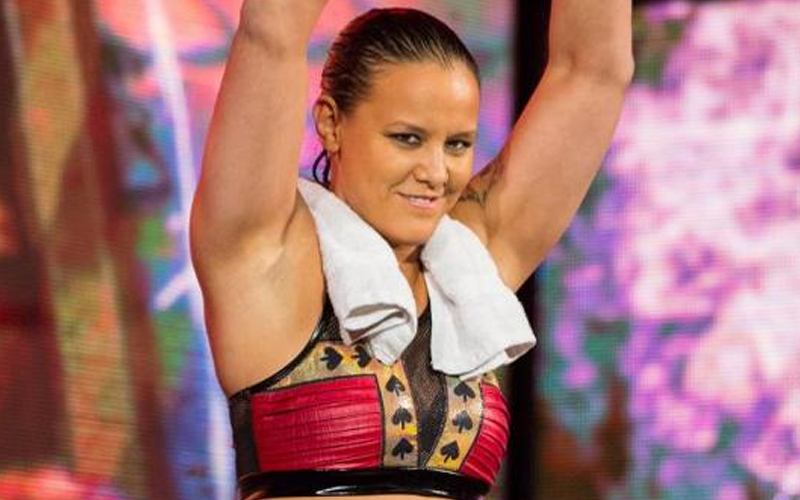 Shayna Baszler invaded Raw last week. She took down Becky Lynch and then bit the back of her next. The images were so gruesome that Facebook was knocking images of Baszler’s bloody smile.

WWE uploaded a teaser for their upcoming Chronicle special about The Queen Of Spades. She bit Lynch as a nod to Classy Freddie Blassie, but The Man later said that we can call her “Becky The Vampire Slayer.”

Baszler said she’s on the main roster to put everything back on track now. People have lost their way and that includes Becky Lynch.

“People think that because I fought under a set of rules for so long that I don’t know how fights even work. She wants to talk about a fight? She has no idea what she’s asking for. Oh this is a statement. Becky’s lost her way, everyone, this entire division, the entire WWE Universe has lost its way and I’m here to put it back on track.”

Shayna Baszler very well could be on Raw this week as she continues her feud with Becky Lynch. Let’s see if she continues in her vampire ways, too.