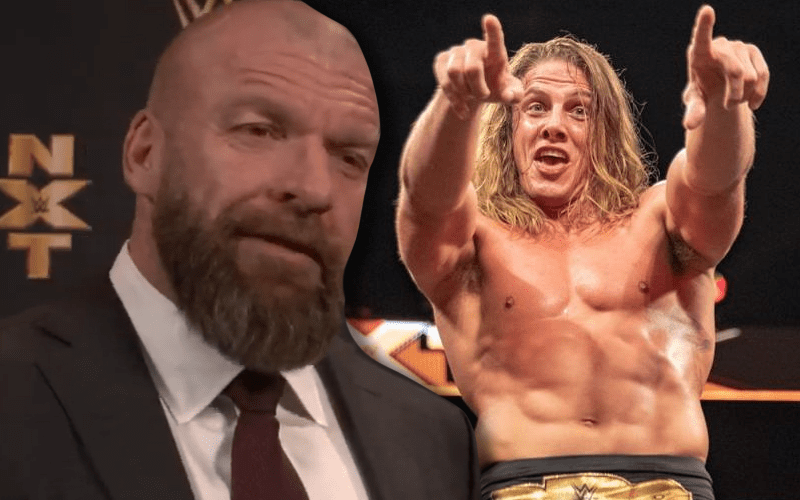 Matt Riddle enjoys the medical benefits of marijuana and the King Of Bros has made it no secret that he partakes. Triple H seems to realize this.

Riddle probably would have ended up in WWE years ago, but his marijuana advocacy got in the way. Then when there was interest from NJPW, suddenly Matt Riddle ended up in NXT.

The Broserweights won the NXT Tag Team Titles at NXT TakeOver: Portland. During NXT this week they aired a few sketches where Riddle and Pete Dunne had to find a way to make it to Portland. They ended up stowing away in Triple H’s corporate plane.

During the post-NXT TakeOver: Portland interview with Cathy Kelley, Triple H brought up Riddle and then he made a joke about it smelling “terrible” having “smoke issues” on his flight to TakeOver.

It’s the weirdest thing my plan smelled terrible on the way to Portland. I don’t know, smoke issues in the back, I don’t know what was going on, but yeah that’s what the pilot said, smoke issues.

WWE’s Wellness Policy doesn’t suspend a Superstar for popping dirty for marijuana. There is a $2,500 fine which is sometimes called a “weed tax.” This might be a fine that Matt Riddle is willing to pay. At least Triple H’s joke seemed to allude to that.