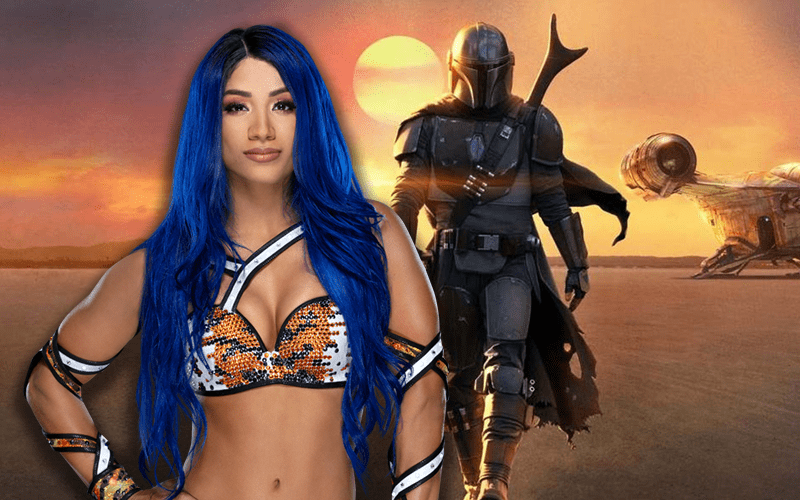 Disney + is a very popular streaming platform for a reasons. The mouse houses practically every Marvel, Star Wars, National Geographic and Disney and property ever. One big original show is going to get a WWE boost in season two.

It was reported on the Mat Men Pro Wrestling podcast that Sasha Banks has filmed scenes for the second season of The Mandalorian. Pro Wrestling Sheet later confirmed this report.

This is a very cool deal for her although we’re not sure what kind of character she will portray. It’s very possible that The Boss will be covered up with makeup or a prosthetic. Then again, she could have some lines and a substantial part.

We’ll have to see when the second season drops in October.