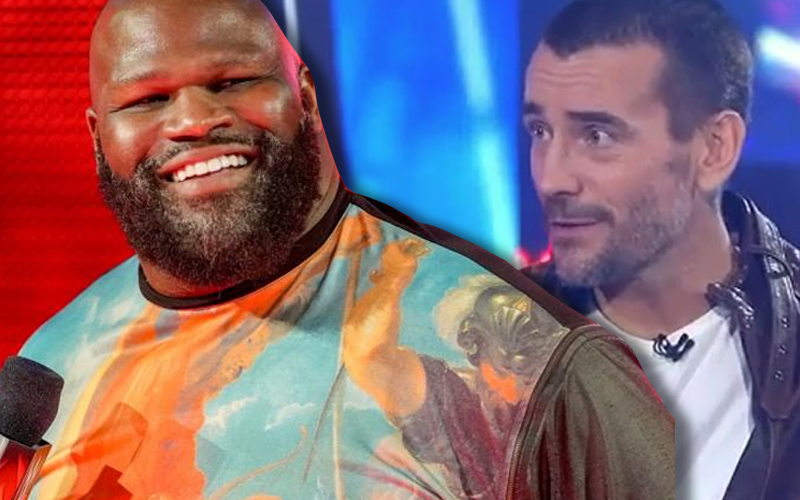 CM Punk has been on WWE Backstage a few times, but he hasn’t stepped foot in a WWE ring yet. We’re not saying that’s likely, but Mark Henry wants it to happen.

During Busted Open Radio, The World’s Strongest Man said that CM Punk should use his time on WWE Backstage to stir the pot. He said that Punk should call someone out instead of just being an analyst.

“What Punk should say is ‘he’s looking for a fight? Hell, I’ll fight him. How about that? Let that be the news tomorrow. CM Punk says Aleister Black wants to fight. Take your ass to the ring. And you tell me what day the week it is. And I’ll be there.”

“Listen, you wouldn’t be able to buy a ticket. That’s what CM Punk is supposed to be doing. Inciting a riot. I watched him on WWE Backstage, and I feel like he’s got his hands in his pockets. His arms are folded. I feel like he’s, he’s got to be the focal point, I wish I was on the show, I would challenge him. And I would [say] ‘bro, that’s not who you are. I know you. You’re a fighter. That’s why you quit wrestling. So you could go fight because you wanted to fight. win, lose or draw. What do you like to do in your life? stir the shit and fight. Please do that. That’s what entertains me.’”

CM Punk doesn’t seem interested in making a return to the ring. If he was interested odds are it would have happened with either AEW or WWE at this point. We’ll have to see what the future holds, but right now CM Punk seems perfectly happy with his current set of responsibilities.