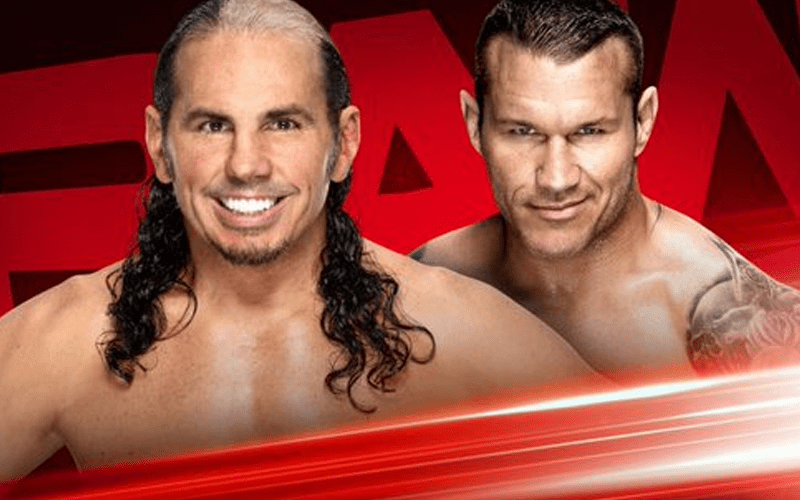 Matt Hardy will have a match against Randy Orton on RAW next week. This comes days after he bid WWE farewell and it was reported that a conchairto wrote him off WWE television.

During Wrestling Observer Live, Bryan Alvarez discussed next week’s no holds barred match between Matt Hardy and Randy Orton. He said that the ratings were high for Matt Hardy’s segment this week so that could be why they’re running it again in a match this time.

“I realize plans change. Somebody probably thought Matt’s leaving so let’s get one last match out of him? You know what probably happened? The RAW ratings on Monday the Matt Hardy/ Randy Orton segment was like the high point of the show and it was a really good segment. So I’m sure somebody saw that and thought, ‘Well, that did really well, let’s do it again! Let’s have Matt Hardy face Randy Orton in a no-holds barred match.'”

This is a very interesting situation. Matt Hardy took a conchairto to the head and he’s wrestling a week later. Edge took the same spot and everyone was freaking out about it.

We’ll have to see how things turn out in this situation. Edge could always make his presence known during the match next Monday. Matt Hardy’s WWE contract still runs up on March 1st the last we’ve heard. If he lets his contract expire then he’ll be free to work where ever he likes immediately.