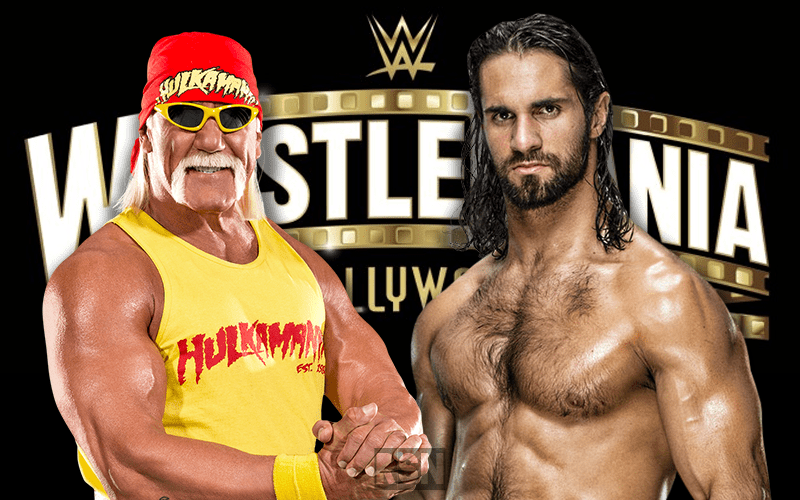 Seth Rollins has been a part of some big matches throughout his career. This might be the biggest one yet if he can pull it off.

Hulk Hogan really wants to wrestle again. He has made no secret about how he can’t live with himself knowing his last match was with TNA. Seth Rollins could have a solution as he proposed the two square off at the show of shows next year.

The greatest wrestling company in the world bringing the greatest event of the year to LA in 2021 #hollywoodrollins vs. #hollywoodhogan Book it, brother! @WWE @HulkHogan

Hulk Hogan recently had back surgery and he is healing up faster than his doctors expected. That doesn’t mean he is cleared to compete. We’ll have to see if The Monday Night Messiah might get his wish when WrestleMania goes Hollywood, brother.