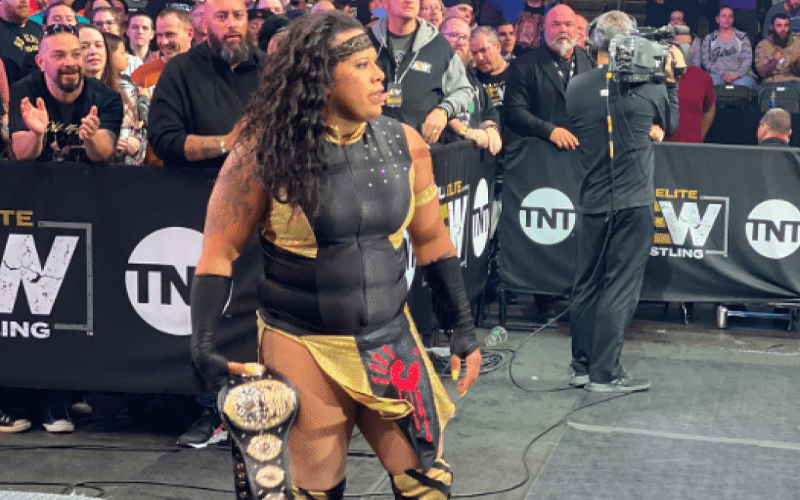 Nyla Rose became AEW Women’s World Champion on AEW Dynamite this week. It was a big moment for Rose, but also for everyone she represents.

Rose is the Native Beast, but she also represents the LGBTQ and African American community. Sonny Kiss tweeted out with a crying emoji and “praising hands” along with a message about how much Nyla Rose’s win meant to him.

One fan saw this tweet from Sonny Kiss and replied saying: “She is not black, she is Native American.” Nyla Rose saw the response and thought that this fan needed a history lesson.

I’m not?! WHO THE F IS THAT BLACK LADY THAT WHOOPD MY ASS ALL THEM YEARS WHEN I WAS BEING “HARD HEADED” THEN?!

who needs http://Ancestry.com  when theres random dudes online to tell us what race we are?!

This wasn’t the only faux pas that was called out concerning Nyla Rose’s title win. Jim Ross mistakenly called her the King Of The Mountain which brought some controversy online.

Nyla Rose could be a very hard woman to beat for her title. There are some talented stars on the AEW Women’s roster, but it will take a lot of effort to topple The Native Beast.