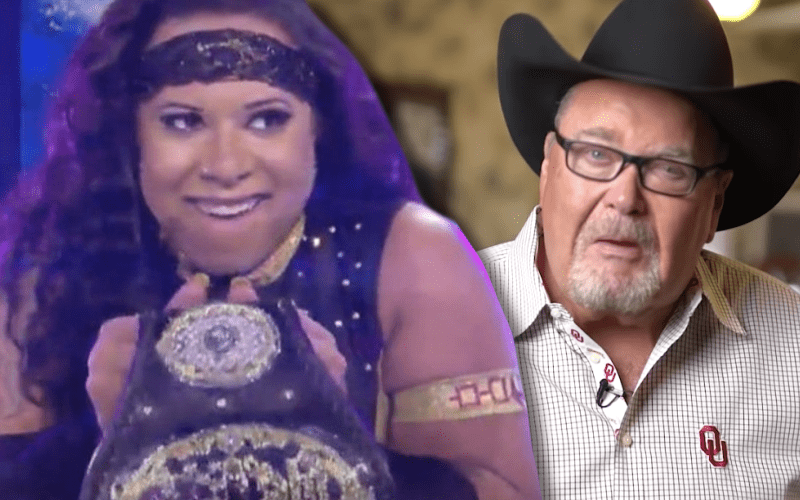 Nyla Rose became AEW Women’s World Champion on AEW Dynamite this week. As she celebrated, Jim Ross called her the “King Of The Mountain” and fans noticed. Click here for that video.

We previously reported on the backlash that ensued after Jim Ross slipped up. Ross saw those mentions in his timeline and he responded to one fan named Umar.

It’s called human error. Hopefully you will never experience such.

Ross saw another fan who said: “I do believe that Jim Ross is a kind individual who would never intentionally misgender a trans person on national tv. I sincerely hope that it was a simple slip of the tongue which could have been ANY woman, not particular to Nyla Rose. That would be cruel.” The WWE Hall Of Fame announcer replied saying: “You’re right, sir.”

This was just a slip-up and nothing malicious was behind it at all. Hopefully, Jim Ross is much more guarded with his gender specific comments in the future.