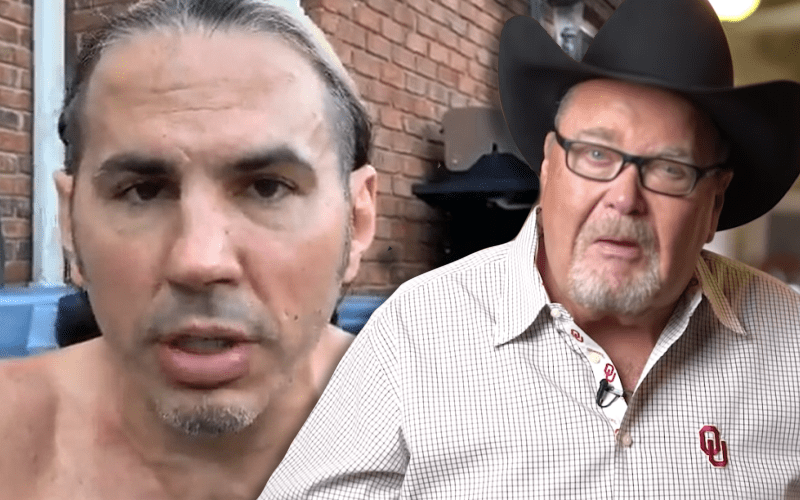 Matt Hardy has been able to establish quite a reputation for himself in the pro wrestling business throughout his veteran career. He has coined a couple of notable phrases and terms as well.

Plenty of fans noticed when Jim Ross called The Young Bucks “The Bucks Of Youth” during AEW Dynamite this week. That is something that Matt Hardy previously called the Jackson brothers.

Hardy heard about Jim Ross’ comment and he had no problem sharing the quote with the WWE Hall Of Fame announcer.

He did? Nothing’s sacred anymore.

In all seriousness, I wouldn’t be who I am today without @JRsBBQ’s assistance. JR always has my blessing to use the term “Bucks Of Youth.”

Matt Hardy’s WWE contract is up in a matter of weeks. He could be sharing the airwaves with Jim Ross again very soon. That might give JR even more time to borrow terms from Hardy’s Broken Brilliance.