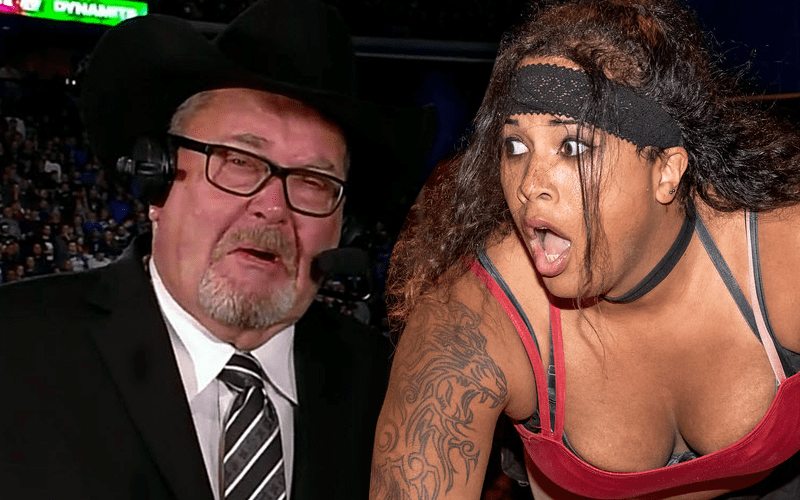 Nyla Rose became the AEW Women’s World Champion as she defeated Riho in Austin, Texas this week. It was a very big moment on Dynamite, but a slip-up from Jim Ross also captured a lot of attention.

Following Nyla Rose’s big win on AEW Dynamite this week, she was overcome with emotion. As Rose held the AEW Women’s World Title up high, Jim Ross said: “Nyla Rose is the king of the mountain.” Then they went to commercial.

Nyla Rose is a transgender female. Plenty of fans immediately caught this slip-up from JR. Some tried to read into the comment to insinuate that Jim Ross meant more by it.

We’re pretty sure that’s not the case and it was just an honest mistake. Still, plenty of fans commented on the error. You can check out a sampling of responses below.

You can check out a video below from our official Ringside News Twitter profile.