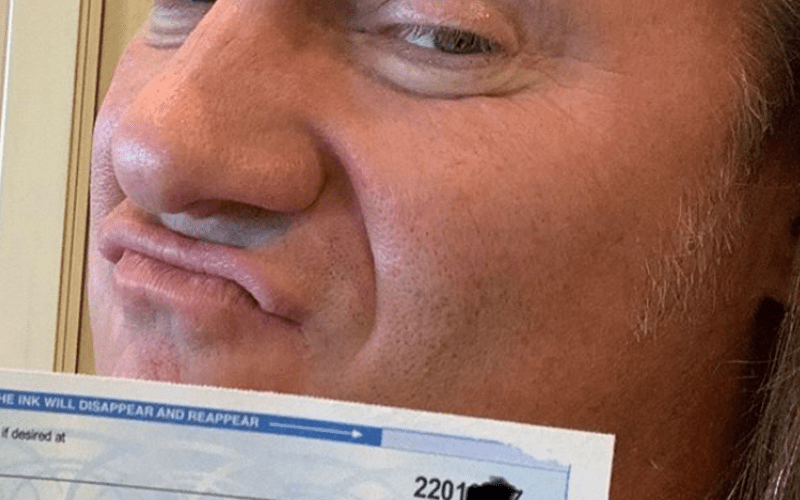 Chris Jericho is fortunate to have a career in entertainment that keeps going. Royalty checks support many entertainers. Jericho recently showed off the kind of bank he makes from one of his annual checks and the amount is rather surprising.

We’re not certain what project Jericho received a check for because he didn’t show us the whole check. He did let fans in on the most important part: how much the check is worth… $.04

We’re sure that Chris Jericho gets much larger checks in the mail than this. He has the house to prove it. We still have to wonder if sending a paper check for $.04 in the mail is even worth it for anyone involved.

Chris Jericho been a part of many projects and some smaller roles only pay a fraction due to how much screen time he had. It’s still nice that he’s getting those checks because four cents can add up eventually if he gets enough of them in.