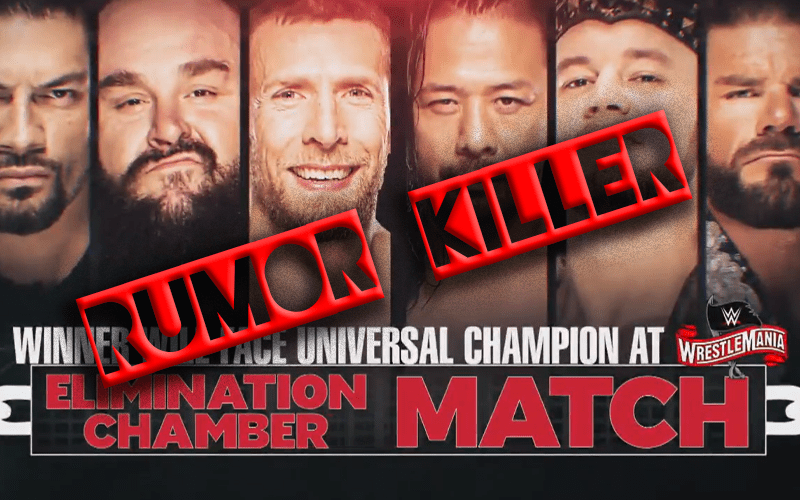 WWE released local advertisements in the Philadelphia area that seemed to spoil who will be in the Elimination Chamber match this year. It seems like they didn’t give much thought about who they put on that advertisement.

“Yeah, so the six names that were announced that was just a line-up — this is going to sound so ridiculous, but you know what I mean — it was a line-up sent to sell tickets, but they hadn’t decided. They’re going to have an elimination chamber. The winner which is likely going to be Roman Reigns is gonna face Bray Wyatt for the championship at WrestleMania, but who the six names are [in the Chamber match] they just threw six names there.”

“It’s like it might be those six and it might be other guys, Roman Reigns is obviously going to be in there. It very well might not be Bobby Roode [in the match] it was just like ‘send them six guys,’ but who the six people are they just threw six names there.”

WWE needed to promote something for the Elimination Chamber match to entice Philly fans to buy tickets. They could change their minds about exactly who is advertised because the card is always subject to change.

One thing that doesn’t seem to be changing is the result of the match. Roman Reigns is expected to win and secure a spot at WrestleMania 36 where is he on the books to face The Fiend for the Universal Title.