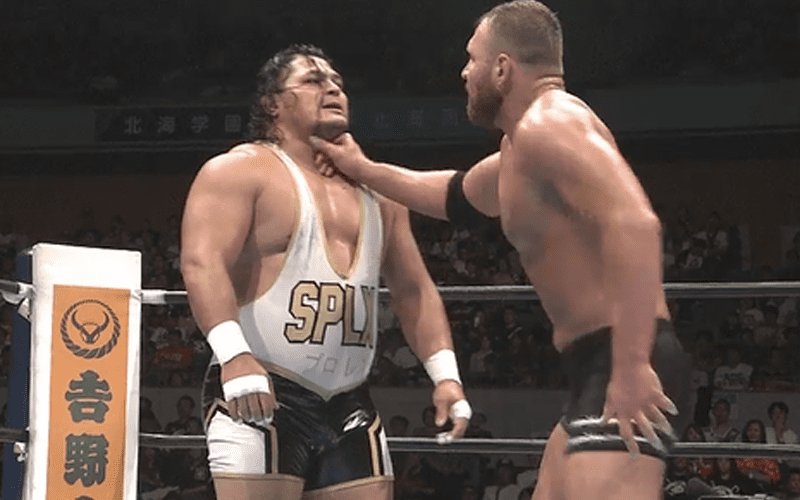 AEW is getting ready for their Revolution pay-per-view on February 29th. They announced a big signing this week on Dynamite and Jeff Cobb will be on Dynamite next week.

AEW aired a promo video this week announcing the impending debut of Jeff Cobb. Fans won’t have to wait very long to see Jeff Cobb in an AEW ring because it will happen next week.

Later on, Chris Jericho revealed that Jon Moxley will be taking on Jeff Cobb on Dynamite. This will mark Cobb’s debut for the company. Cobb and Moxley faced each other in the G1 Climax Tournament and Mox won that match over the summer.

That will be a huge match and it will be very interesting to see how AEW books that confrontation. Cobb surprised everyone by coming out during the closing moments of Dynamite this week and laying Moxley out.