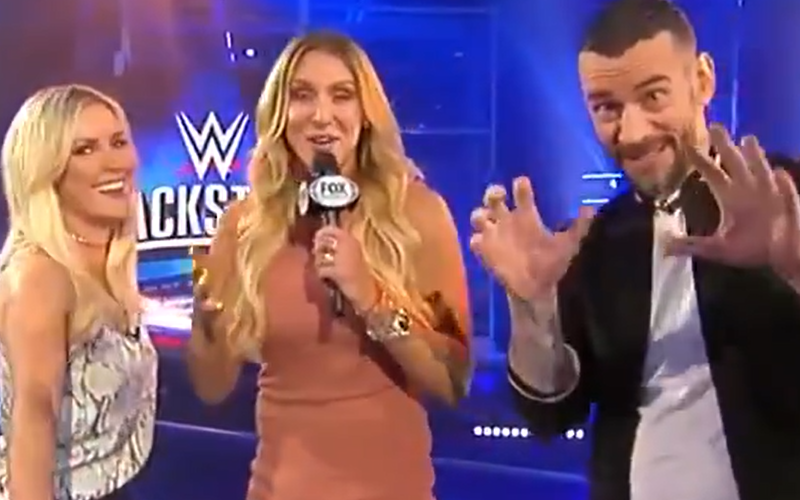 Charlotte Flair is no stranger to getting trolled online. She has been forced to deal with a lot of people saying that her spot is only credited to her famous father.

During WWE Backstage this week, The Queen proved that her in-ring game might be strong, but talking smack is another story. They gave Charlotte Flair an opportunity to take part in a little social media smack down as she replied to a tweet that said:

When has Charlotte not just gotten handed everything,Last year she became a 10 TIME Womens Champion she didn’t deserve it. As much as I hate to admit I would’ve rather of had @LanaWWE win

Flair said maybe this fan will feel the same way when she’s a 16x Women’s Champion, “maybe.” Then she called him a “booger eater” before admitting that she’s “terrible at this.”

She still has love for this hateful fan or peasant. Then Flair joked by saying that everything has been handed to her and she doesn’t have to try.

CM Punk did his best to support her as she couldn’t quite find the words to bury this hater. You can check out the clip below.