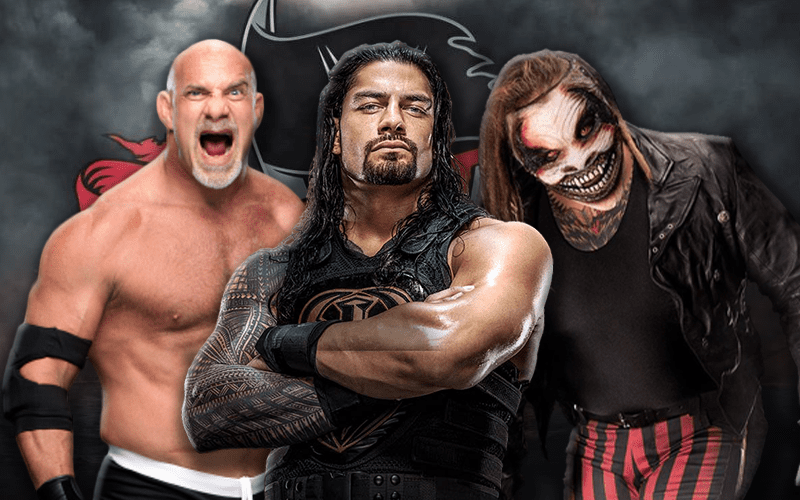 Roman Reigns said he wants to face The Rock at WrestleMania 37. He has this year’s show of shows to worry about first.

While speaking to the press at the WrestleMania 37 press conference, Roman Reigns explained who he would rather face at this year’s show of shows.

Goldberg and The Fiend are set to do battle at WWE Super ShowDown in Saudi Arabia on February 27th. That match could throw a huge curve in the road to WrestleMania if Goldberg wins the title.

Roman Reigns said he would rather face Bray Wyatt at WrestleMania 36. He wants to invest in WWE’s future. The Big Dog also realizes that Goldberg won’t be around nearly as often as The Fiend.

“I mean, I just want my title, to be honest. Nobody took it from me. I had to relinquish it due to circumstances. I honestly just prefer my title. Honestly, from a completely honest standpoint I would rather face The Fiend. He’s busted his ass all year long for it.”

“No offense to Goldberg, I think he’s a great performer, a great Superstar, but I’m into the future right now and helping out the guys who are gonna be in the locker room with me.”

“There’s no doubt that Fiend has put a lot of work into what he’s done as we all have. Like I said, it’s my time now. We’ve had fun with that Fun House, but it’s time to bring it home.”

Roman Reigns already has his sights set on a big match at WrestleMania. The match currently on the books is Roman Reigns vs Bray Wyatt for the Universal Title.

Reigns is ready to tear the Firefly Fun House down and he has very good reasons for wanting to face The Fiend over Goldberg.