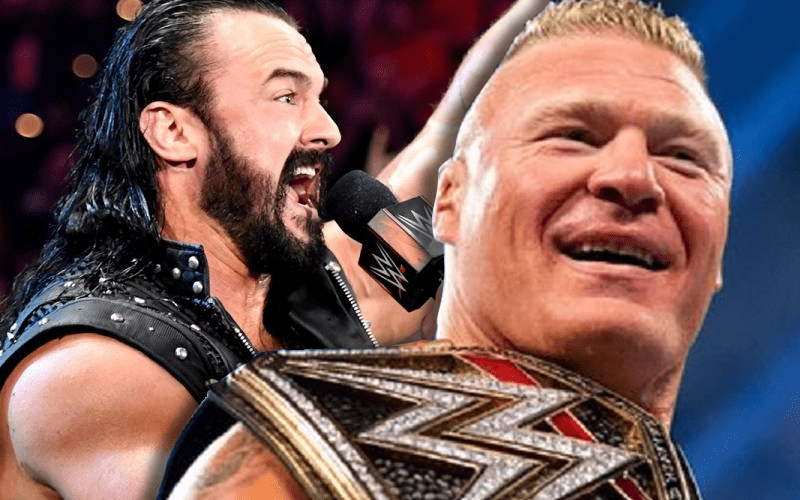 Drew McIntyre has made no secret about the fact that he can show a lot more of her personality now. He’s the 2020 Royal Rumble winner and having a great time.

WWE On FOX recently sent out a tweet asking fans what McIntyre was pointing to. He has to point at the WrestleMania sign every time someone brings up the show of shows.

McIntyre replied with a picture of himself pointing to a little girl holding a sign that says: “Brock Lesnar Is Ticklish.” We’re not sure if The Beast Incarnate is really ticklish because nobody is brave enough to try.

It seems like Drew McIntyre might be willing to tickle Brock Lesnar. He’s probably more eager to invite the Beast to a Claymore Party at WrestleMania.