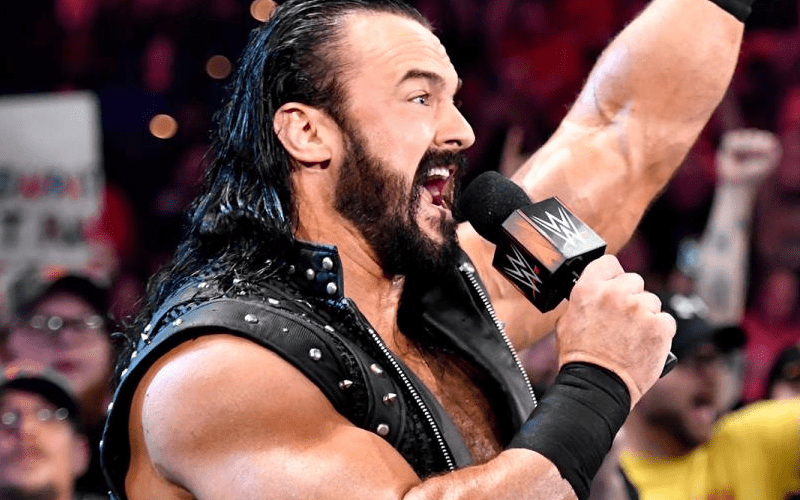 Drew McIntyre has been through many different phases in his WWE career. He was a Chosen One, 3MB member, NXT Champion, and a Scottish Psychopath. Odds are we haven’t seen the final incarnation of his character either.

While speaking to After The Bell, McIntyre discussed his current run with WWE. He is finally able to be himself and show a part of his personality to the WWE Universe that is really Drew Galloway.

“But if you’ve seen over the past couple of months, a few different things have happened where I was eliminating complacency, which was me. Then suddenly I was just talking about eating carcasses for a brief period, and then I was buddies with a bunch of guys, which wasn’t the real Drew. And over the past couple of months, I’ve been given the okay to ‘Hey, show them the real Drew Galloway. Show them the real Drew McIntyre. You’ve noticed things have started to change. I heard you in one of your rants about, ‘Let people be themselves.’ What you’re seeing right now on television? That’s Drew Galloway; that’s Drew McIntyre.’”

Drew McIntyre is getting fans involved in his promos and having fun with off-the-cuff jokes. This is something he wasn’t able to do before when he was locked in a gimmick he didn’t necessarily love. We’ll have to see what’s next for Drew McIntyre in WWE, but he certainly seems to be having fun in the process.