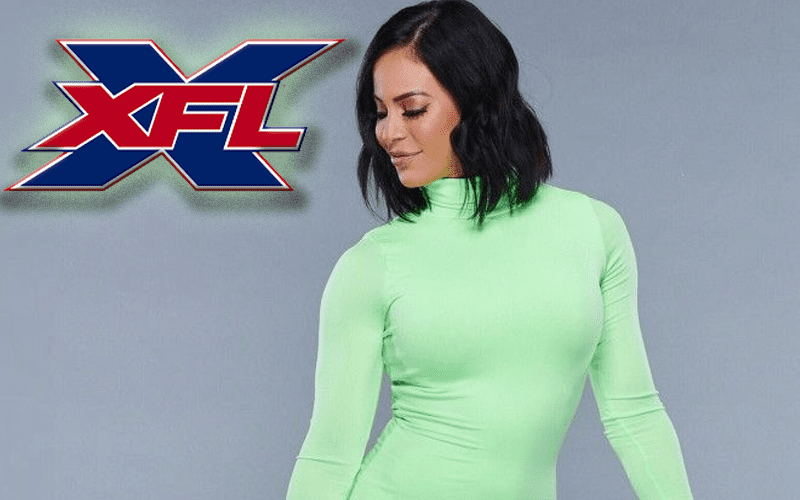 Charly Caruso appears on WWE practically every week. The backstage interviewer also appears for ESPN, but she uses a different name.

Her real last name is Arnolt. This is why she re-branded her social media to “Charly On TV.” Now Charly is set to take part in some XFL programming, but she’s not using her WWE name.

We previously reported that Charly Caruso is going to be a part of the XFL Showcase. We also wondered which name she will be using. Charly made it quite clear when she took a screenshot of our article and answered the question for us.

“Using Charly Arnolt for XFL!” she informed with an arrow pointing to our question.

So, don’t be confused if you see someone who looks a lot like Charly Caruso on XFL television. Charly doesn’t have a doppelganger, she’s just using her real name.