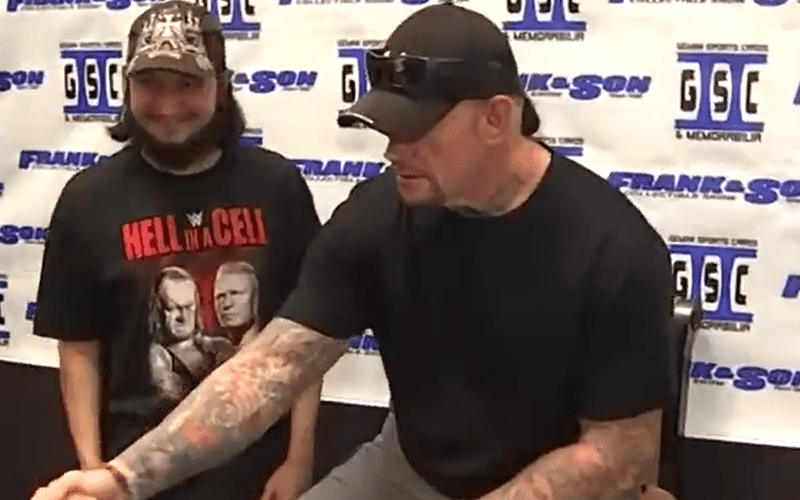 The Undertaker doesn’t do many public appearances, but he’s getting out there more than he used to.

For years The Dead Man kept his character intact. He didn’t stray away from the ominous way he was portrayed on television. Now fans in LA will get a chance to meet Taker.

The Undertaker will be appearing at the LAX Fan Fest on February 29th. This won’t be a cheap experience, but it’s The Undertaker.

An autograph will cost $209 with an additional $209 for a photo. You can have two people in the photo with The Undertaker. You get a printout of the photo, but the photo ticket doesn’t come with an autograph.

You can check out the link below if you’re interested.