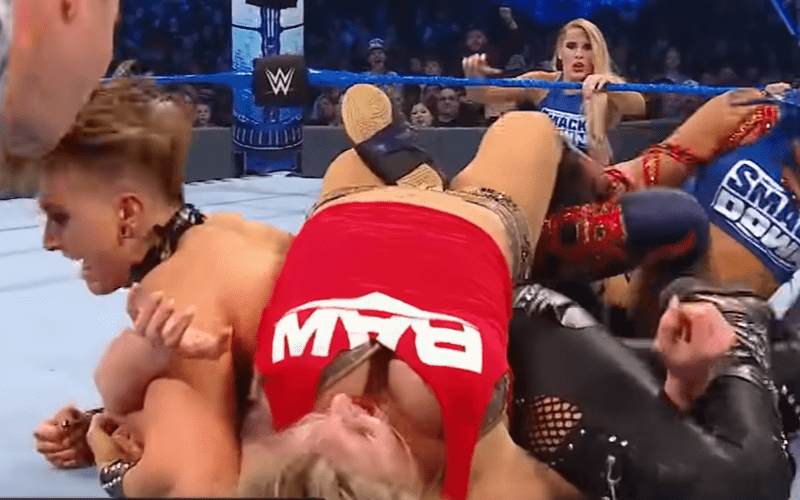 Rhea Ripley experienced a rise in NXT that eventually saw her getting big attention on the main roster. She also made a big impression at Survivor Series and the build toward WWE’s November event.

While speaking to Alex McCarthy, Rhea Ripley was asked about the triple threat match before Survivor Series that got so much attention. It was Charlotte Flair vs Sasha Banks vs Ripley, but the NXT Women’s Champion had to give all the credit to Flair for the finish of that match.

“Oh man, I wish I could say it was mine. I really do, but it wasn’t. It was Charlotte, she’s smart, man. She’s so smart. She just comes up with the coolest things and I’m just like, ‘Wow.’ I feel so stupid.”

“Dude, I got so much credit for it. I was like, ‘Yes, give me the credit… give me everything.'”

Rhea Ripley was joking about that last line, but she was totally serious about how smart Charlotte Flair is. We’ll have to see how WrestleMania turns out on April 5th, but Ripley needs to get through Bianca Belair on Sunday at NXT TakeOver: Portland first.

You can also check out the video of that match below.