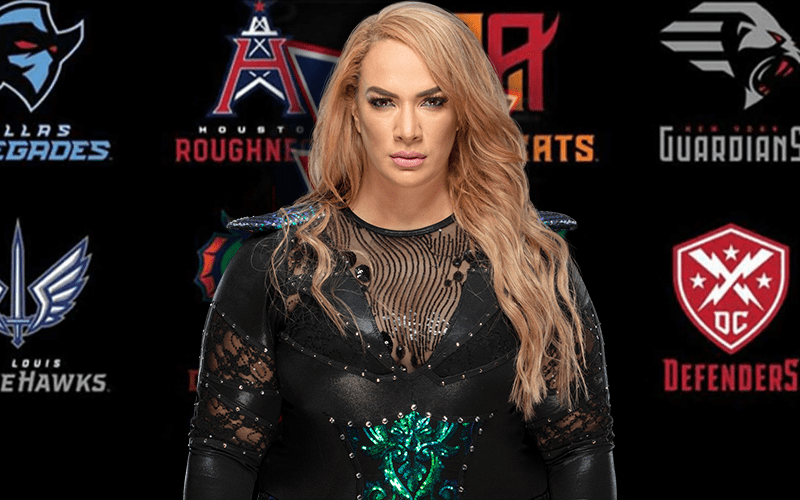 Nia Jax has yet to make a return to the ring after needing double knee surgery. She has been training for her return, but this weekend the Irresistible Force took in some football.

The XFL opened their doors once again this weekend and they had four games to start the season. Nia Jax was watching, and it sounds like she’s picking a favorite team. For Jax, it’s between the Guardians and the BattleHawks, but her favorite uniform belongs to the Vipers.

Ok, after yesterday’s games…the choices for my team in the #XFL have been narrowed down to @XFLGuardians & @XFLBattleHawks.

Who are you guys going with?

But for uniform favorite so far, that goes to @XFLVipers. #LimeGreen

The XFL’s opening game brought in an impressive average rating of 3.3 million viewers. We’ll have to see how the remainder of the season goes as XFL attempts to see if there’s an interest in spring football.