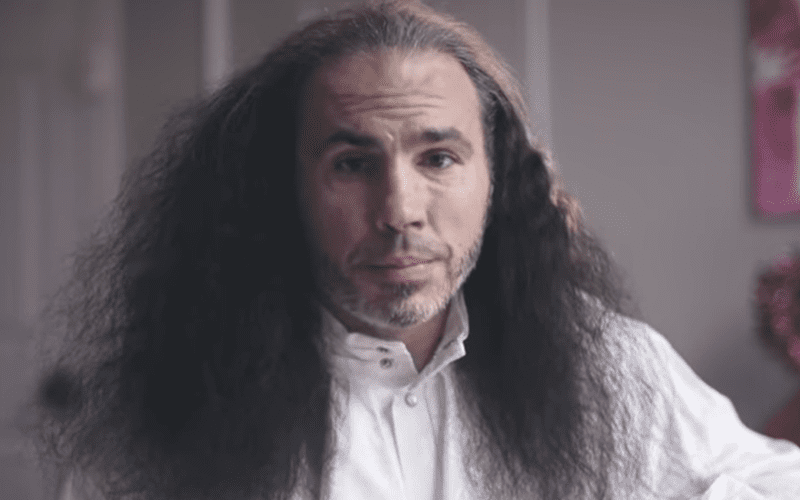 Matt Hardy’s WWE contract is running up very soon. He might be on his way out of the company, but WWE doesn’t want anyone leaving right now.

PW Insider reports that Matt Hardy is continuing discussions with WWE about a new contract. It is set to expire on March 1st. There have been no changes to his status at this point. So, he hasn’t signed anything.

While Matt Hardy has continued discussions with WWE, his contract is currently slated to still expire on 3/1 and there have been no changes in his status beyond that.

Reby Hardy commented through a meme about Vince McMahon ripping up Matt Hardy’s ideas. This could be a very interesting time for Matt Hardy because he has more that he wants to show the world.