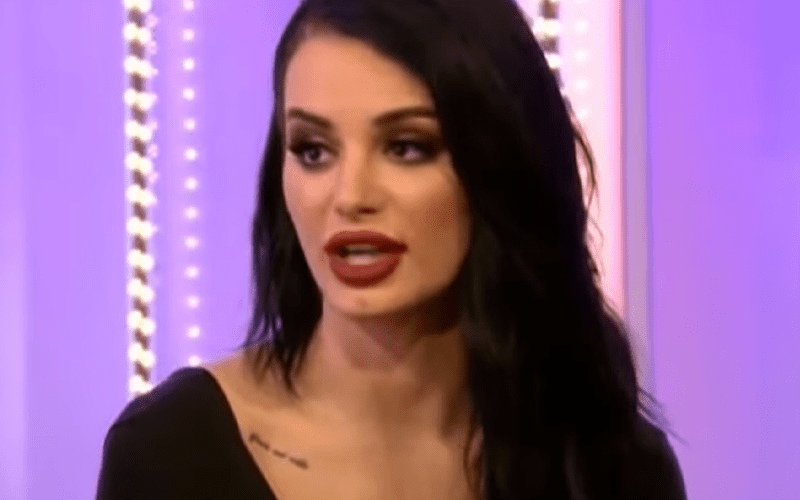 Paige has been through a lot in front of the world. She was a cast member on Total Divas and took a hiatus from the company and show before being brought back for a season. Then she was dismissed once again.

While speaking with Chasing Glory, Paige explained that leaving Total Divas wasn’t her call. She was told that since she’s not wrestling anymore she doesn’t fit the theme of the show.

“No [it was not Paige’s decision to stop doing Total Divas]. Yeah, yeah [Total Divas is just changing casts]. Like, I think the Bellas kind of focus more on Total Bellas. And then, I wasn’t wrestling anymore, so I understood their point. Like, when I got the call, they were just like, ‘we want you to be somewhat part of the show, but not a main cast member because you’re not wrestling, so, like, it’s about female wrestlers.’ And I was like, ‘yeah, I totally get that, but then I would rather not be part of the show at all. Not even a little glimpse of me.”

“I’d rather not be a part of it unless it’s something super important. I’m kind of happy that I kind of took a step back from that because I feel that with Total Divas, there [are] a lot of just like memories that I would like to forget too because I’ve had ex-boyfriends on there, and I was a party animal.”

Total Divas experiences some very low ratings last season. We also haven’t heard any confirmation about a next season’s renewal. Paige is doing fine without the show. In fact, she wouldn’t mind having her own reality television show with her boyfriend Ronnie Radke.