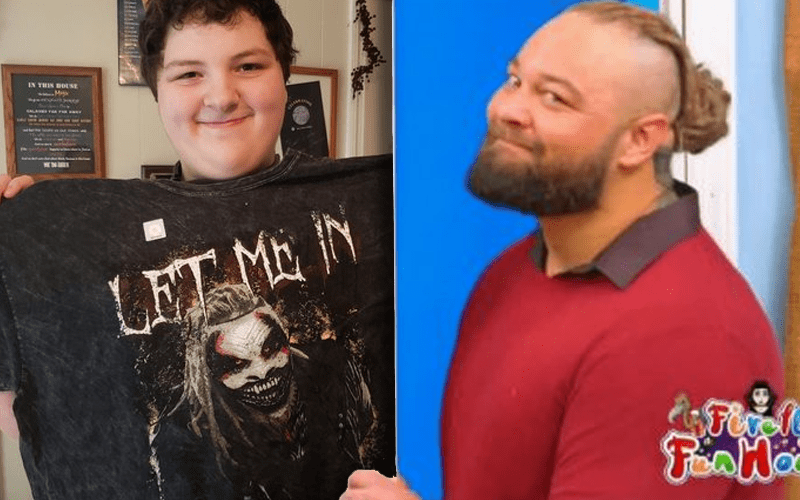 Bray Wyatt might play a merciless Fiend on WWE television, but he has a giant heart.

We previously covered a sad story about how bullies picked on an autistic fan and cut up his Bray Wyatt merch. Wyatt saw the tweet and he reached out.

The Fiend’s care package arrived and the boy’s mother couldn’t help but thank Wyatt with pictures and an excited message.

This is a pretty cool story. It’s horrible that bullies caused this to take place at all. Bray Wyatt certainly stepped up in a big way to save the day.