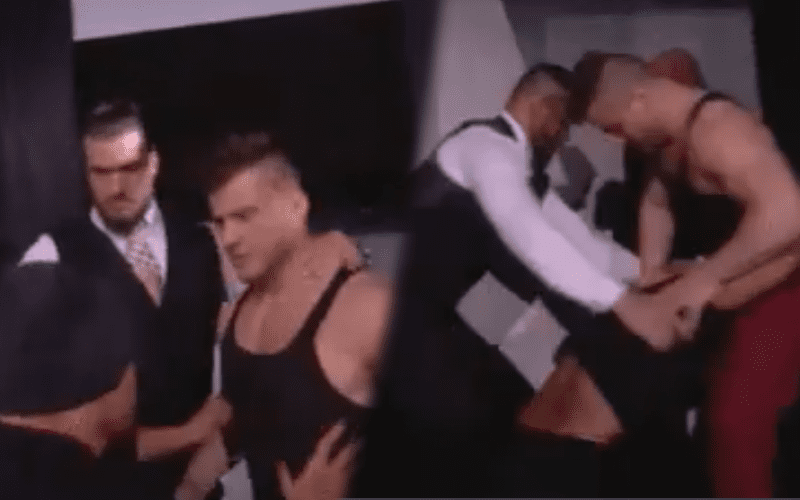 MJF called into Busted Open Radio where he invited fans to jump the guardrail and come at him as Cody Rhodes received 10 lashes. Someone might have taken him seriously.

Maxwell Jacob Friedman and Wardlow exited through the crowd on AEW Dynamite this week after Cody’s lashes. This seemed to open an opportunity for someone to attack.

During the closing moments of AEW Dynamite, a fan was shown pushing MJF. The camera cut away and then it went back to MJF and Wardlow as they pummeled this fan and security dragged him away.

Dave Meltzer noted on Wrestling Observer Radio that “knowing AEW” it was probably a plant. They did have a plant throw water on MJF at Full Gear, after all.

We’ll have to see if this fan comes forward about the ordeal. It was certainly an interesting addition to the closing moments of AEW Dynamite this week.