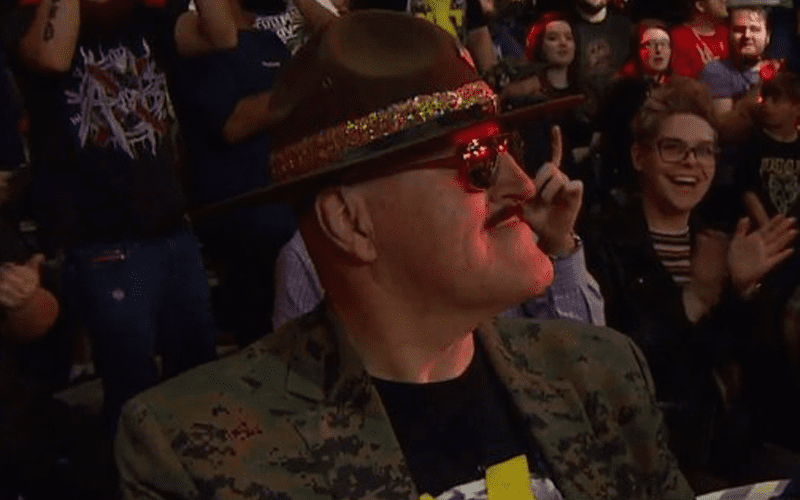 WWE fans were probably excited and somewhat surprised to see Sgt Slaughter appear on NXT this week. He was shown sitting in the crowd and he smiled while flashing his NXT t-shirt.

Sgt. Slaughter was at Full Sail Arena last night because he was in the Orlando area doing media appearances. Since he was in the area the Sarge stopped by.

The WWE Hall Of Famer showed up in the news recently when it was uncovered that he’s been claiming military service for decades. The issue is that he was never actually in the Marines.

Sgt. Slaughter still has tons of fans who loved seeing him on NXT this week.