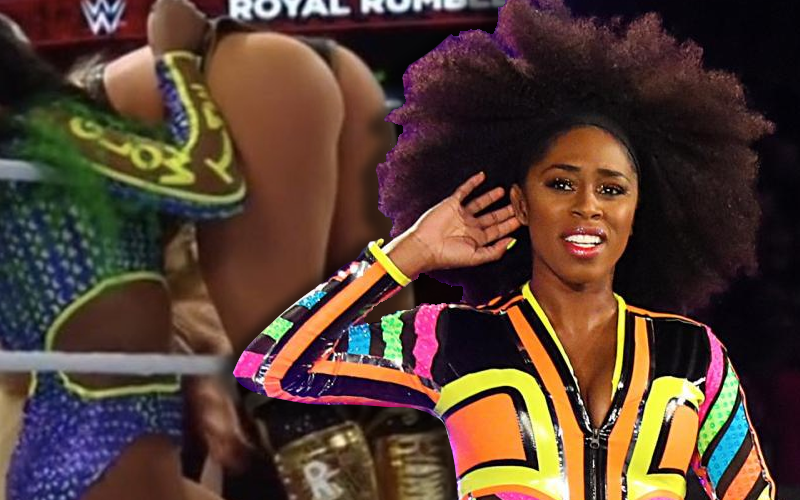 Naomi gave Mandy Rose a pretty big wedgie at the Royal Rumble. The Golden Goddess hasn’t forgotten about it either.

When asked about it recently, Rose said that she owes Naomi a wedgie in a big way. She got one from The Glow at the Royal Rumble and now it appears she is looking for payback.

Naomi added a little bit of fuel to the fire later on when she saw this message from Rose. She included an image of the wedgie along with a question and a challenge.

Oh! You talking about this?

catch me if you can

Since Naomi and Mandy Rose are both on Friday Night SmackDown a confrontation might be possible. Let’s pay close attention to those two the next time they lock up because The Golden Goddess might try to “adjust” Naomi’s ring gear.