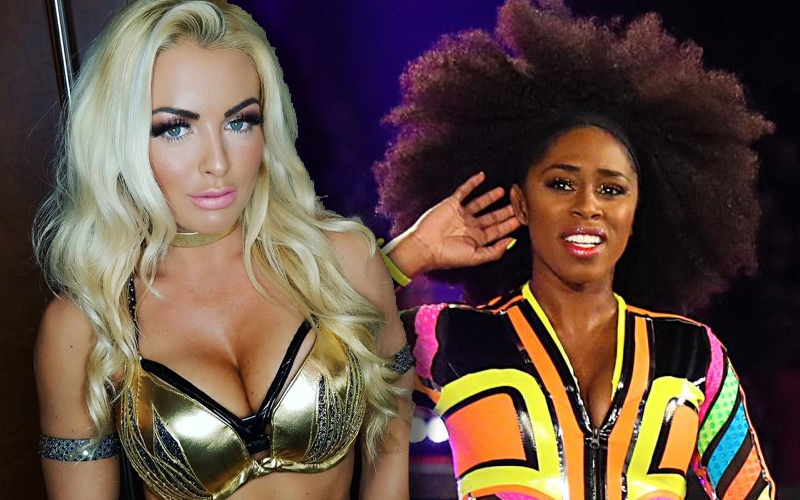 In the pro wrestling world there is such a thing as a “receipt.” If someone does something in the ring where they strike harder than intended then it’s fair game to get back at them. It turns out that Naomi has a wedgie receipt coming from Mandy Rose.

While speaking on Instagram live recently, Mandy Rose revealed that she wants to give Naomi a wedgie. Apparently, she owes The Glow some payback.

“Oh I’d definitely give a wedgie to Naomi. I owe her a really good wedgie.”

Sonya Deville said: “She gave you one, right?” Rose replied saying: “Yes, she gave me one everyone knows that they keep bringing it up.”

It looks like Naomi might need to watch her back the next time she’s around Mandy Rose, literally.