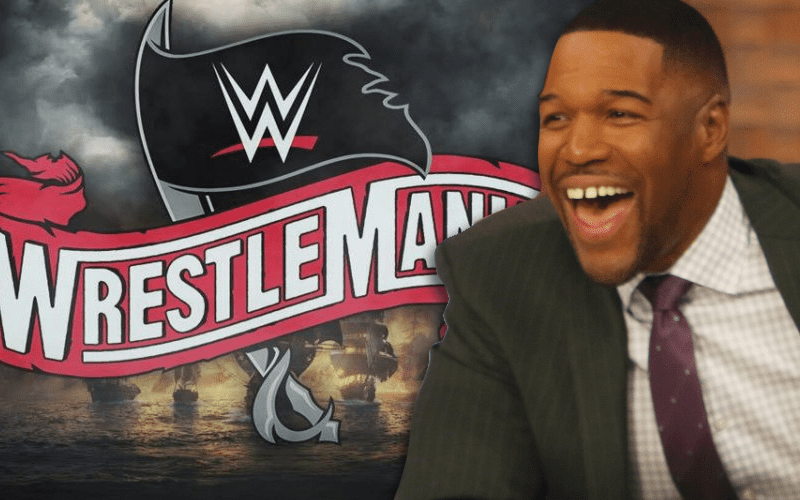 WrestleMania is the grand daddy of them all. The 36th annual event is going down on April 5th and the company is always looking for big cross-over names they can bring in for the show of shows.

We have heard that WWE might bring Tyson Fury back, but that all depends on his February 22nd fight against Deontay Wilder goes. Brad Shepard reports that WWE would also like to have Michael Strahan do something, possibly even in the ring.

According to a source in #WWE, @michaelstrahan is a top target for #WWE at #WrestleMania36. I’m told the company would like him to step in the ring.

Stepping in the ring doesn’t mean he will be in a match. Plenty of celebrities have been in the ring at WrestleMania. If they can get Michael Strahan to stop by for a segment it could definitely gain attention.