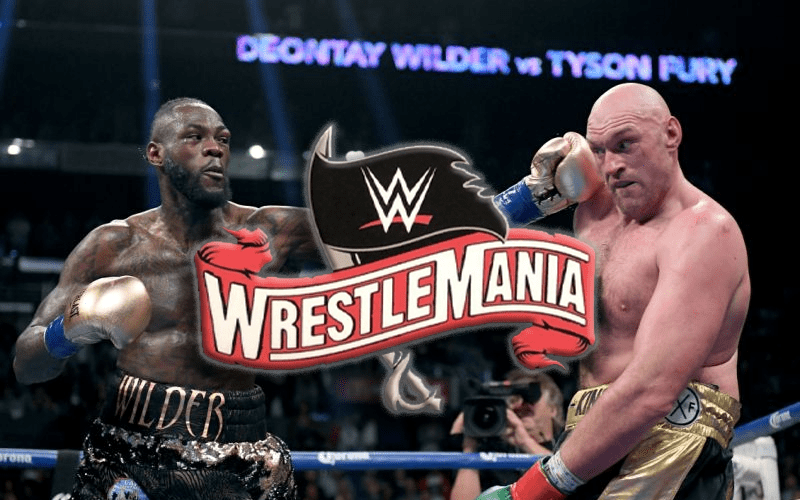 Tyson Fury wanted to work with WWE years ago, but they passed on that opportunity. The two sides were finally able to make something work out for WWE’s last Saudi Arabian event. Now the rumor is that Fury isn’t done with WWE.

Wrestle Votes addressed the current rumor that Tyson Fury will appear at WrestleMania. He does currently hold down some very long odds for winning the Royal Rumble match.

It is said that Fury’s upcoming February 22nd fight against Deontay Wilder is “crucial” to Tyson appearing at Mania. If Wilder is able to beat the Gypsy King then Vince McMahon is going to avoid throwing money at him.

Lots of speculation regarding Tyson Fury & WrestleMania. Source said his fight at MGM Grand vs. Deontay Wilder on February 22 is crucial to him appearing in Tampa. If Wilder wins, Vince isn’t throwing $$ at a guy who just lost on PPV. So to a degree, the ball is in Fury’s court.

Obviously, Tyson Fury is going to try and beat Deontay Wilder on February 22nd. He didn’t get into boxing to lose. It is interesting that WWE is going to hold off on making any concrete plans until he fights.