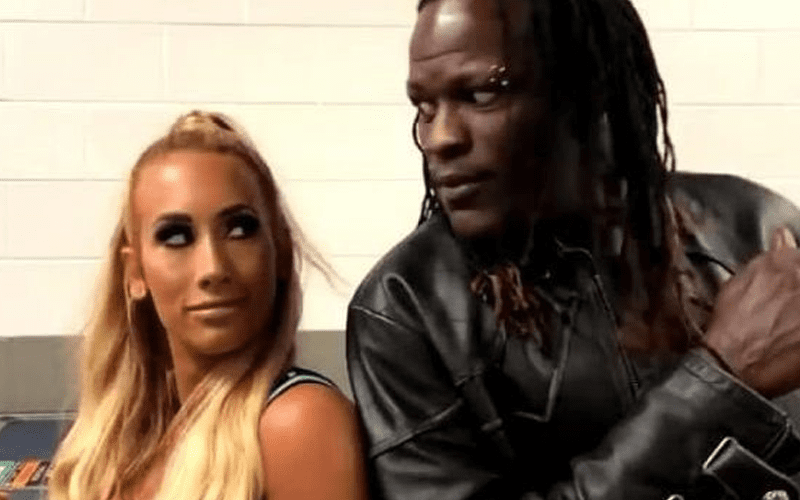 R-Truth is a 34-time WWE 24/7 Champion. He held a lot of those titles as he ran around with Carmella. Then the WWE Draft split up the comedy duo.

While speaking with BT Sport, Carmella was asked about her partnership with R-Truth coming to an end. She is still a bit upset about it because they could have done a lot more as a team.

Mella is still excited about receiving her next opportunity in WWE, but she certainly credited R-Truth for keeping this past year very entertaining.

“However, obviously I’m excited for whenever my opportunity comes again. Obviously, right now it’s Lacey it’s Bayley. Mandy and Sonya are finally getting an opportunity and cool, that’s great. When it is my time comes again I’ve done that comedy thing, but I’m ready to get back in there and prove what I can do.”

“Without Truth, man this last year would have been so boring. We were just kinda thrown together. It wasn’t a thing that was supposed to be anything and we just had instant chemistry and we just connected and he became one of my closest friends. He’s such an amazing entertainer.”

It seems that WWE has gone in a totally different direction with the 24/7 Title as well. Now Mojo Rawley is taking that belt very seriously.

Carmella and R-Truth had a very fun time together, but you can never say never about a reunion in WWE.