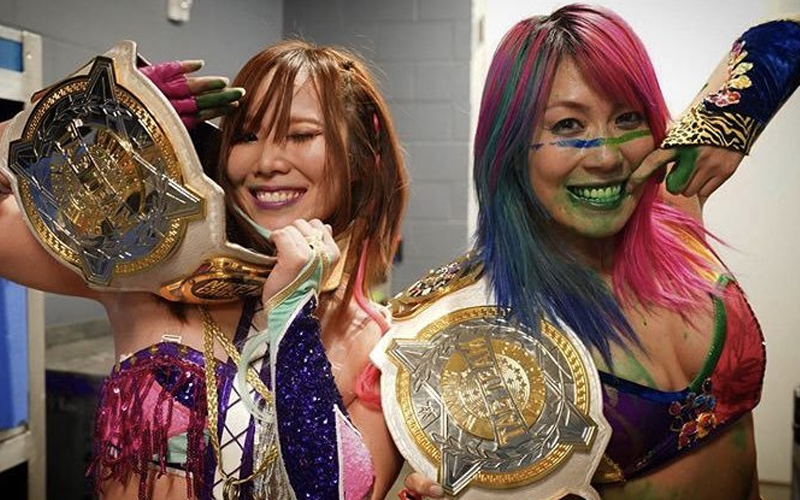 Vince McMahon introduced the WWE Women’s Tag Team Titles, but there wasn’t much of a plan for them. Well over one year after McMahonta Claus announced the titles’ creation we’re still waiting for them to gain a focus.

Asuka and Kairi Sane are the WWE Women’s Tag Team Champions. They rarely defend the titles, but they are featured weekly on Raw carrying the belts.

The Kabuki Warriors have now officially beaten The IIconics’ record for longest reign with the WWE Women’s Tag Team Titles. They have held the titles for 121 days and counting.

We’ll have to see if WWE is gearing up for their next title defense. Until that happens, The Kabuki Warriors will continue padding their record.