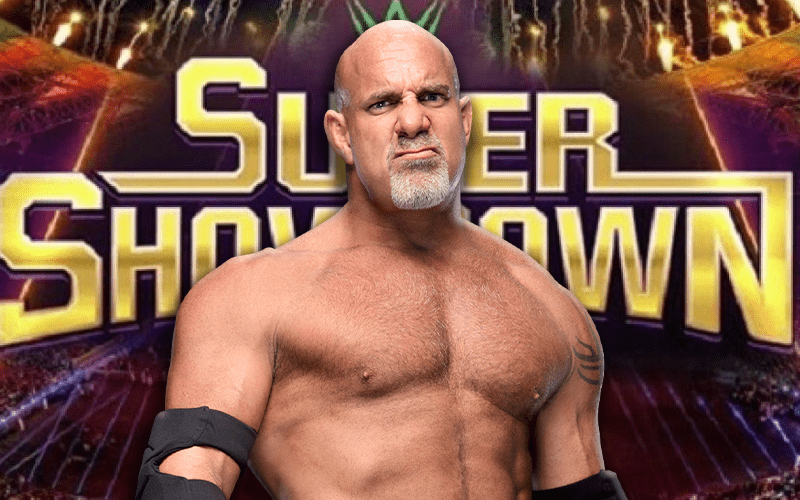 Goldberg is returning to WWE television this Friday on SmackDown. Fans will soon find out who’s next because now we know when he is expected to wrestle again.

It is Saudi Arabia — that I know, but I don’t know the match.

WWE has several matches that they could make for Goldberg. He will be going to SmackDown so he could pick any number of Superstars. The last time Goldberg traveled to Saudi Arabia he lost to The Undertaker. Odds are WWE will be looking for him to pick up a win this time.