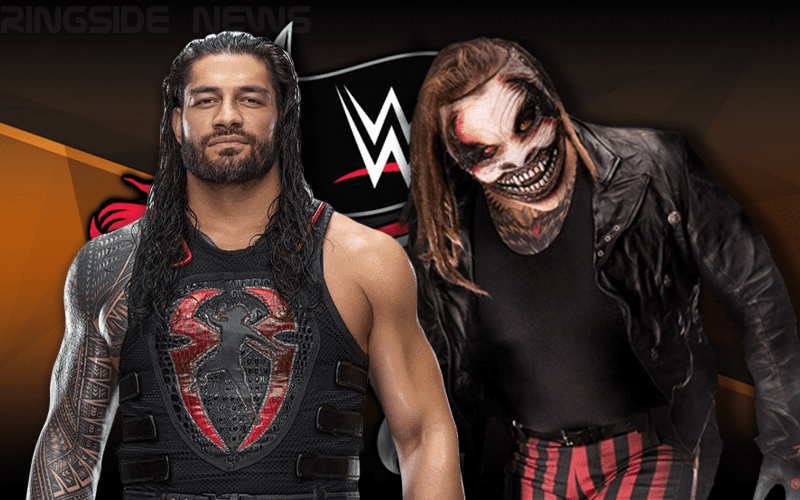 Roman Reigns is on the books to face Bray Wyatt at WrestleMania. This match hasn’t been announced yet, but the foreshadowing might already be in place.

While speaking to Matt Camp at Super Bowl Night, Roman Reigns discussed Drew McIntyre’s “clutch” Royal Rumble win. He went on to say that his eyes are now obviously set on the Universal Title which could happen within the next couple of months.

“Well I mean, you gotta give a lot of respect to Drew, he capitalized, it was a pretty clutch performance on his behalf, but he chose Brock. So that leaves an opening for the Universal Championship so I think that’s going to make SmackDown on Friday nights very interesting because we have a lot of stories to tell and we got to get to that point so there can be a lot that can go down in the next couple months.”

Roman Reigns seemingly tied things up with King Corbin on SmackDown last week. That dog food shower was probably the end of their feud. Now Reigns can set his sights on the grandest stage of them all.