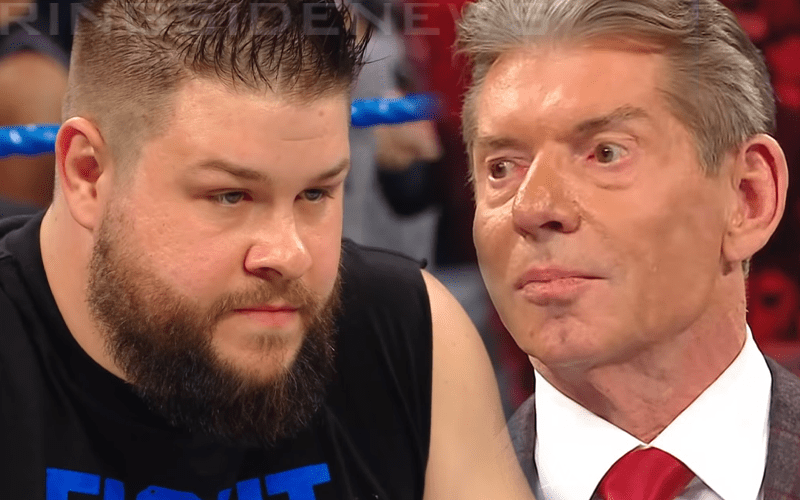 Kevin Owens and Sami Zayn battled many times, but 2016’s Battleground pay-per-view was something special. It caused Vince McMahon to react in a way he seldom does for KO.

While speaking about his history with Sami Zayn, Owens explained how many times they went to war leading to that big match.

“He came out at the Royal Rumble and the first guy he went at was me. Then at WrestleMania we had the ladder match with 4 or 5 other guys in it, but we were the focal point of that match, our story was. We had a match at Payback and we had a match with Cesaro the following pay-per-view then we were in the Money In The Bank ladder match together and had some pretty crazy moments together there and finally Battleground.”

The more Owens and Zayn fought, the more fans wanted. They knew each other well as the two battled all over the indies. He said since they’ve been wrestling each other for 13 years it is hard to know what feels special. The pieces came together at Battleground as Owens went on to say that “they ate up everything that we did.”

Now comes the part of the story when Owens went backstage and got a very awkward hug from Vince McMahon.

“Rarely do I like to go back from a match and visibly celebrated. When I know I did good I did good. When I went through the curtain on that one the first thing I did was scream my f*cking head off. I knew it was special because Vince was standing up and when I went over to him to shake his hand he pulled me in for a huge hug and Vince and I don’t f*cking hug. That’s not the relationship that we have.”

Kevin Owens will likely have plenty of special matches to come in WWE. There’s no guarantee that Vince McMahon will be hugging him after any of them. That’s how he knew that his match against Sami Zayn at Battleground so special.