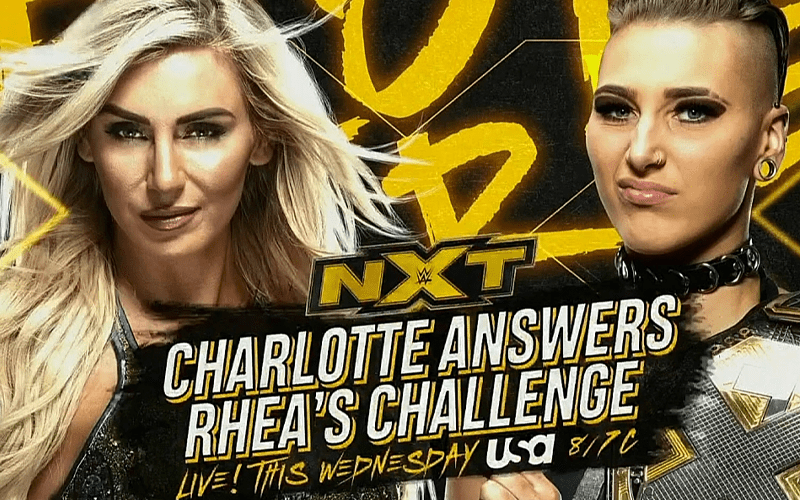 Charlotte Flair won the 2020 Women’s Royal Rumble, but she still had a decision to make. The Queen was in Salt Lake City this week for Raw where she addressed her WrestleMania opponent.

Flair said she’s defeated Becky Lynch and Bayley already. She’s also held both the Raw and SmackDown Women’s Titles. She’s “held all the gold 10 times, but The Queen still wants all the gold.” Suddenly, Rhea Ripley came out on Raw.

Ripley said Flair has beat Bayley and Becky, but she hasn’t defeated her. Then Ripley brought up that she beat her during the Survivor Series build. So, if Flair is going to challenge for a title at WrestleMania it might as well be her’s.

Ripley held the NXT Women’s Title up and the crowd started “Yes” chants. Then Flair smiled and walked off.

Later on it was revealed that Charlotte Flair will be on NXT this Wednesday to answer Rhea Ripley’s challenge.