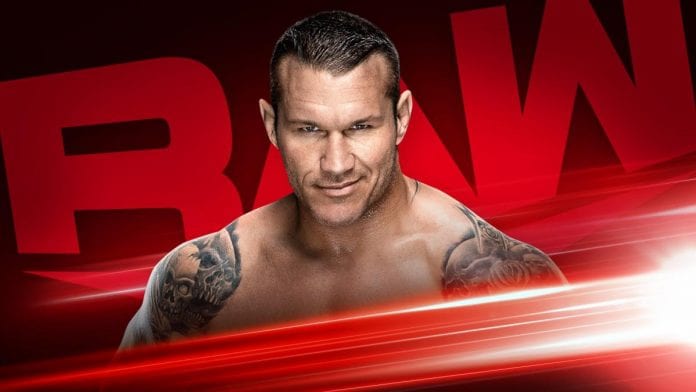 Sooooo……tonight is a bit weird. If you haven’t been following Ringside News’ feed today, you might have missed that WWE Raw was in jeopardy most of the day. There’s been a heck of a lot of snow in Salt Lake City, where the show is happening, and there was talk of Raw being cancelled. Vince McMahon is not one to cancel a show for any reason, so the show will be going on regardless.

That means tonight’s show will be rather unpredictable. We don’t know what talents will be at the show, and which won’t. Randy Orton was scheduled to explain his actions last week, in regards to Edge, but we aren’t sure if he will be there to do so. And that is literally all that has been announced for tonight’s Raw.

So, a light preview tonight because there is nothing to preview. Should be an interesting show as WWE starts the build toward Super ShowDown. Follow along on the Ringside News app, Instagram, and Twitter. Enjoy the show!

Monday Night Raw opens with a look back at the main event of last week’s show, in which Randy Orton brutally attacked Edge. We see extra footage of Edge being loaded into an ambulance.

The Viper, Randy Orton, slowly comes to the ring to the boos of the fans. Orton doesn’t speak, looks conflicted, and leans on the ropes. He eventually stands on the ropes and poses as the fans boos get louder, then does the same in another corner. He says he guesses he owes everyone an explanation. Randy says the thing is…but the fans cut him off with boos and chants for Edge.

Haven’t heard heat like this since the night after WrestleMania when Reigns beat ‘Taker. Orton continues to start and stop talking. Eventually he says “I can’t do this”, and drops the mic and walks off.

We see a few highlights of the Royal Rumble, centred around Brock and McIntyre. Later tonight, Ricochet will face Bobby Lashley and Seth Rollins in a Triple Threat to determine the number one contender to Brock at Super ShowDown – Ricochet is the obvious winner of that. And there will also be a 6-man elimination tag team match. Up first though, we’re getting a rematch of a match from last week that nobody was asking for!

The bell rings and Liv shoves Lana, who falls and says she has broken her wrist. The doctor forces Liv back but eventually Lana attacks her. Lana applies a neck submission.

Lana slams Liv down by the head, then gloats to the fans. Liv fires back and hits double knees. Morgan hits Lana with a reverse STO and scores the very quick pinfall.

Ruby Riott’s music hits and she comes to the ring! The fans chant for Ruby, and Liv goes to hug her but Ruby slams Liv down! Riott kicks Liv as she tries to get to her feet, then unloads right hands and kicks her back. Ruby attacks her from behind once more before leaving the ring. Lana then lifts and slams her.

There’s been a few weird production issues tonight; Liv came out to Lana’s graphics, and then the lights just went out in the ring for no reason. Drew McIntyre will be in action after the break.

Back live, we get a replay of last week, when Drew McIntyre challenged Brock Lesnar to a match at WrestleMania. Drew comes to the ring and his opponent, Mojo Rawley, is already there. McIntyre thanks the fans for fighting through a blizzard to be there. Drew says he’ll be with Mojo in a minute but the match will only last three seconds. McIntyre directs his attention to Brock Lesnar and says he attacked him from behind last week. That’s fine though, because it shows him that Brock is scared of the “sexy Scotsman.” He says Brock knows that he’s big, strong, and has the Claymore Kick that will knock him out. McIntyre then acts startled and says he forgot Mojo was there. He tells him it will only take three seconds, then tells the referee to ring the bell.

The bell rings and Mojo turns from talking to Moss outside the ring, and gets hit with a Claymore Kick. Didn’t even take his jacket off.

Charly Caruso interviews Buddy Murphy and AOP backstage. Buddy says they’re focused on the Monday Night Messiah, and that Kevin Owens and Samoa Joe are not thinking smart. Seth appears and he tells them to go and get ready for their match, because he’s got this. Charly then asks Seth about the Triple Threat tonight. Rollins says life is funny; last week he was thrown out of the Rumble, but here he is with a second chance. Rollins says that he has beaten Brock twice and he knows that Drew has his heart set on Lesnar, but he needs to start preparing for the Monday Night Messiah.

Kevin Owens makes his way to the ring for the 6-man elimination tag, after the break.

The match starts with Owens and Murphy, with KO body slamming Buddy and hitting a senton. Erik and Ivar tag in and the former body slams the latter onto Murphy as we head to the break.

Back from commercial, Ivar is in the ring with Rezar and they’re trading hands. A big boot to the face by Ivar sends Rezar to the corner. Erik is tagged in and both men double team Rezar.

Erik sends Rezar to the corner but he comes back with a big clothesline taking Erik out. Rezar tags Akam and they double team Erik before tagging Murphy. Buddy slows down the pace and hits Erik around the ring, keeping him grounded. Erik fights back with elbows but Murphy connects with a spin heel kick, as Erik lands a kick of his own.

Ivar is tagged, as is Akam. Ivar takes him out with a body tackle, and in comes Rezar but Ivar drops him as well. A huge clothesline from Ivar takes Buddy Murphy down. then Erik is tagged in. He lifts Murphy up, jumps off the second rope and clothesline Murphy. Erik goes for the cover but AOP break it up.

The Viking Raiders take them to the outside and Ivar connects with a suicide dive. Erik then readies himself and hits a suicide dive of his own. Ivar runs towards Akam but the AOP man moves out of the way and Ivar slams into the LED ring apron, causing it to go on the fritz.

The referee is distracted, so Rollins hits the Curb Stomp on Erik. Erik is thrown back in the ring as Rezar goes for the cover and pins him! Erik Eliminated. Ivar looks injured as WWE officials take him to the back. Kevin Owens gets on the ring apron as Murphy and AOP stand in the ring.

With @Ivar_WWE unable to continue, @FightOwensFight has to go this alone…

We’re back live and Owens is being beaten from pillar to post by AOP and Buddy Murphy. Owens gets knocked from the ring and Murphy tries to attack him but Owens catches him and hits a fallaway slam into the barricade!

Murphy just makes it back into the ring for the referee’s count. Owens kicks him but Buddy fires back with a calf kick for a two-count. Akam tags back in and he takes Owens down for a laborious headlock. Owens fights up but Akam drops him and tags Murphy. Owens catches Buddy with a spike DDT for a near-fall. The Aussie crawls to his corner and makes the tag to Akam again.

Buddy tags in and kicks Owens down. Buddy whips Owens to the corner but he attacks both Akam and Rezar, knocking them from the apron. Owens then hits a cannonball to Akam at ringside. Rezar runs at Owens but he sidesteps and sends him into the steel steps. Murphy leaps over the ropes onto Owens but he eats a superkick.

Owens sends Murphy inside and looks to hit a Swanton Bomb but Murphy gets his knees up. Murphy climbs up top and leaps at Owens but KO ducks him, then hits a Pop-Up Powerbomb and scores a pinfall! Buddy Murphy Eliminated. Akam is now the legal man and he runs in to attack Owens. He beats him down but allows Owens to get up and gets caught with a Stunner and gets pinned! Akam Eliminated.

Seth Rollins fires Rezar up at ringside, slapping him. The big man runs into the ring and tries to tackle Owens in the corner but hits the post. Owens hits a superkick and knocks him down in the corner. A cannonball from Owens, followed by a Swanton Bomb for a near-fall. Seth almost had a heart-attack at ringside The fans chant for KO. He tries to lift Rezar but Seth gets on the apron. Owens swings for Seth and misses, then gets hit with a clothesline from Rezar, followed by a one-handed spinebuster. Rezar lifts KO and hits another one-handed spinebuster and that’s it.

Seth, Buddy, Akam, and Rezar regroup and pose together on the stage. We’re left with Kevin Owens in the ring and the fans give him a standing ovation.

Charly Caruso interviews Ricochet backstage. She asks what the Triple Threat means to him tonight. He says it’s a shot for the WWE Championship. And that’s the dream. He says that’s all he’s ever wanted. He’s not as big or strong as Bobby Lashley, and he doesn’t have the cunning that Seth Rollins has. So he has to use what he has, which is determination. It means everything to him.